How to trade the impact of politics on global financial markets

Markets become more sensitive to political risks when they are exposed to greater market volatility. Uncertainty-driven volatility is a common result of attacks on liberal-oriented ideologies, which are those that favor free trade and integrated capital market, on a global basis by populist and nationalist movements. 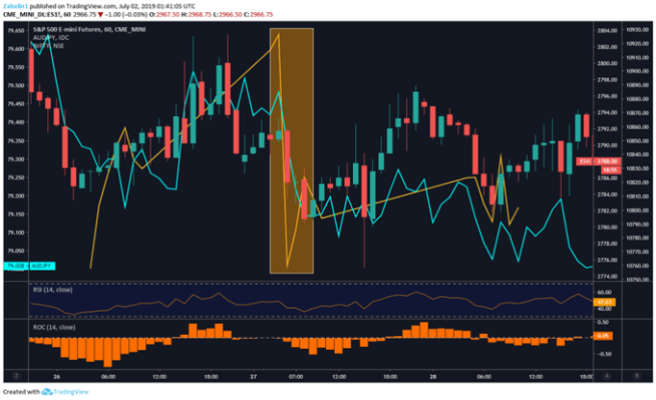 Political risk is so difficult and mysterious because investors only have a limited amount of ability to price it in. As the political landscape in the world continues to change, traders may find themselves under pressure. Political pathogens can also spread in a similar way to the coronavirus spreading in 2020.

Markets don't care much about political categories, but they are more interested in the economic policies implemented by the sovereign. Investors who are looking for the best yielding investments will be attracted to policies that encourage economic growth.

These include the creation of fiscal stimulus plans, strengthening property rights, allowing goods and capital freely to flow, and removing growth-sapping regulations. The central bank could raise interest rates if these policies produce sufficient inflationary pressure. This increases the underlying return of local assets, which in turn attracts investors and lifts the currency.

Capital flight may also be caused by a government that has ideological predilections that are contrary to the globalization gradient. Regimes that aim to unravel the threads of economic and political integration often create uncertainty investors don't want to cross. Market-disrupting themes such as populism, protectionism, and ultra-nationalism have been repeatedly demonstrated.

Traders assess the risk-reward ratio of a state that undergoes an ideological shift. They may decide to reallocate capital or re-formulate trading strategies in order to shift the risk to their advantage. As reformulated trading strategies reflect the market-wide redistribution capital across different assets, volatility is increased.

You can open a free Forex Demo account at IG to trade currencies that are linked with politics or elections.

The 2018 Italian election caused havoc in regional markets and then spread to the whole financial system. The ascendancy of the anti-establishment right-wing Lega Nord and ideologically-ambivalent 5 Star Movement was founded on a campaign of populism with a built-in rejection of the status quo. This new regime brought with it uncertainty, which was quickly priced in and led to significant volatility.

Italian 10-year bonds yields rose by over 100 percent as a result of the increased risk associated with holding assets from Italy. Investors were willing to accept a higher risk level in return for a better return. This is also evident in the dramatic increase in spreads on credit default swaps for Italian sovereign debt, amid growing fears that Italy might be at the center of another EU debt crisis.

The US Dollar, Japanese Yen, and Swiss Franc all gained against the Euro because investors redirected capital to non-risk assets. A dispute between Rome, Brussels and the former over their budgetary ambitions prolonged the Euro's pain. Fiscal exceptionalism by the government was part of their anti-establishment nature, which in turn led to greater uncertainty that was then reflected in a weaker Euro.

Although President Jair Bolsonaro has been described as a populist firebrand nationalist, investors welcomed the market's reaction to his rise. Paulo Guedes, a University of Chicago-trained economist who has a flair for privatizations and regulatory restructuring, was appointed to boost sentiment and investor confidence in Brazilian assets.

The benchmark Ibovespa equity market index grew by more than 58 percent between June 2018 and the Covid-19 global markets collapse in early 2020. This compares with just 17 percent for the S&P 500 during the same period. The Brazilian index rose by more than 12 percent during the October election, when polls showed that Bolsonaro would win over Fernando Haddad, his left-wing rival.

The ups and downs of Brazilian markets since Bolsonaro's rise to the presidency have been a reflection of the progress made on his market-disrupting reforms in pensions. Investors speculated that these structural changes would be sufficient to propel Brazil's economy out of the brink of recession and towards a strong growth trajectory without unsustainable public spending.

Markets were generally happy with the re-election by Prime Minister Narendra Modi, but there were still concerns about the impact of Hindu nationalism on regional stability. Modi is known for being a business-friendly politician. Investors were attracted to Modi's election by the promise of large amounts of capital for Indian assets.

Investors' optimism is occasionally hampered by clashes between India, its neighbours over territorial disputes. The disputed Kashmir region sparked a conflict between India and Pakistan that led to deterioration in relations between the two countries. The threat of hostilities between the two nuclear power has been a regional concern since 1947's partition.

Tensions between India and China, especially over the disputed Himalayan Mountains border known as Line of Actual Control (LAC), rattled Asian financial markets. News of a skirmish that saw over 20 deaths between Indian and Chinese troops in June 2020 raised concerns about the implications for regional security and financial stability. The full report is available here.

Because nationalist governments and campaigns are prone to political risk, they often equate compromise with surrender. The financial consequences of a diplomatic breakdown can be magnified in times of political instability and economic fragility. This is because a resolution of a dispute will likely take longer due to the stubborn nature of nationalist governments.

Both Modi and US President Donald Trump used a similar style of strong rhetoric on the campaign trail as well as within their respective administrations. Ironically, their ideological similarities may actually be a factor that causes rifts in diplomatic relations. In 2019, tensions have escalated between the two countries, with markets worried that Washington might start a new trade war in Asia, opening another front in India after it has already engaged China.

There are basically four types of policy-mix options that can trigger a reaction in FX markets after an economic or geopolitical crisis.

1 Top 10 Candlestick Patterns to Trade the Markets 2 Why utilize a sign portable application rather than... 3 Myriad Of Bitcoin: The Father Of Cryptocurrency 4 Comprehensive FAQ about forex trading in Singapore 5 Entrepreneurial Success Comes When You Stop Playing... 6 Online Gambling-How to manage risks? 7 Most Fashionable Smartwatches to Buy Now 8 Incredible Ways Technology Has Changed the Gaming... 9 The Best Undertaker Matches at Wrestlemania 10 Canadian dollar falls as momentum is lost in oil rally 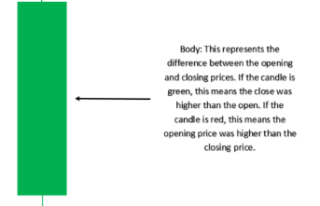