POINTS OF TALKING IN US DOLLAR 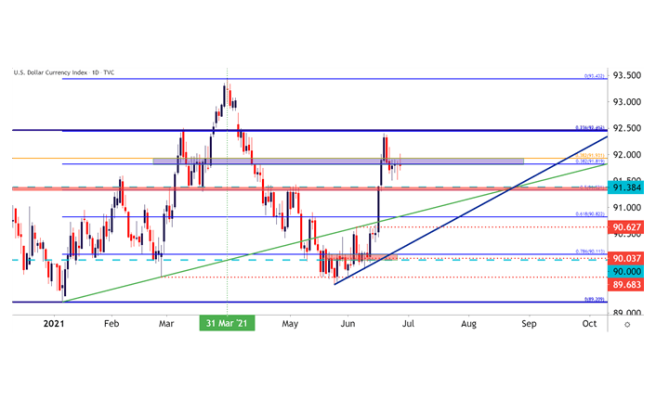 The US Dollar was very quiet for the last three days of last week, with every candle displaying some degree of indecision. Two consecutive dojis were created by a Wednesday spinning top, which highlights the fact that there is some equilibrium in the USD spot rate. However, this does not mean it will stay this way for very long. Holiday thin conditions are likely to show in the second half of this week. This is when two major US data releases will be out.

Thursday's PMI report will be followed by Friday's Non-farm Payrolls. After the FOMC rate decision two weeks ago, expect to see intense attention to both reports. NFP is particularly important as it will provide the first glimpse of employment and wage inflation for June. Expectations for new jobs are high. There is a +690k job expectation in March. This is a significant increase from the +559 jobs printed in early June for May.

The US Dollar has held at levels. It is located in the large zone noted last Tuesday. This zone shows between two Fibonacci levels, 91.82 or 91.93. This zone quickly became resistance after a brief period of support in the early part of last week and helped to keep the highs intact through last week's close. We're also seeing more uncertainty in today's candle that is still uncompleted.

EUR/USD might be of interest to USD-strength strategies. Just after the FOMC rate decision, I looked into the matter and found a large zone of resistance in EUR/USD which could lead to bearish trend scenarios. This zone is between 1.1965 and 1.2000. Last week, it held the highs of Wednesday and Friday. This week, sellers have pushed down to a near term lower-low. This highlights the bearish potential in EUR/USD, especially if USD bulls prevail over this week's drivers PMI and NFP. 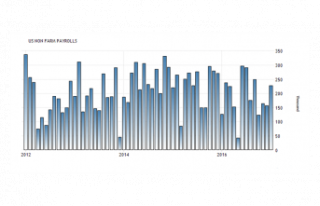 NFP and Forex: What's the difference between...