25 albums that marked the year

The debut of a young New Jersey rebel, who would become "The Boss", the debut of Queen, the timeless Dark Side of the Moon, a Genesis masterpiece, Billy Joel's Piano Man and the Messe des Morts by Offenbach, the year 1973 saw the publication of several outstanding albums. 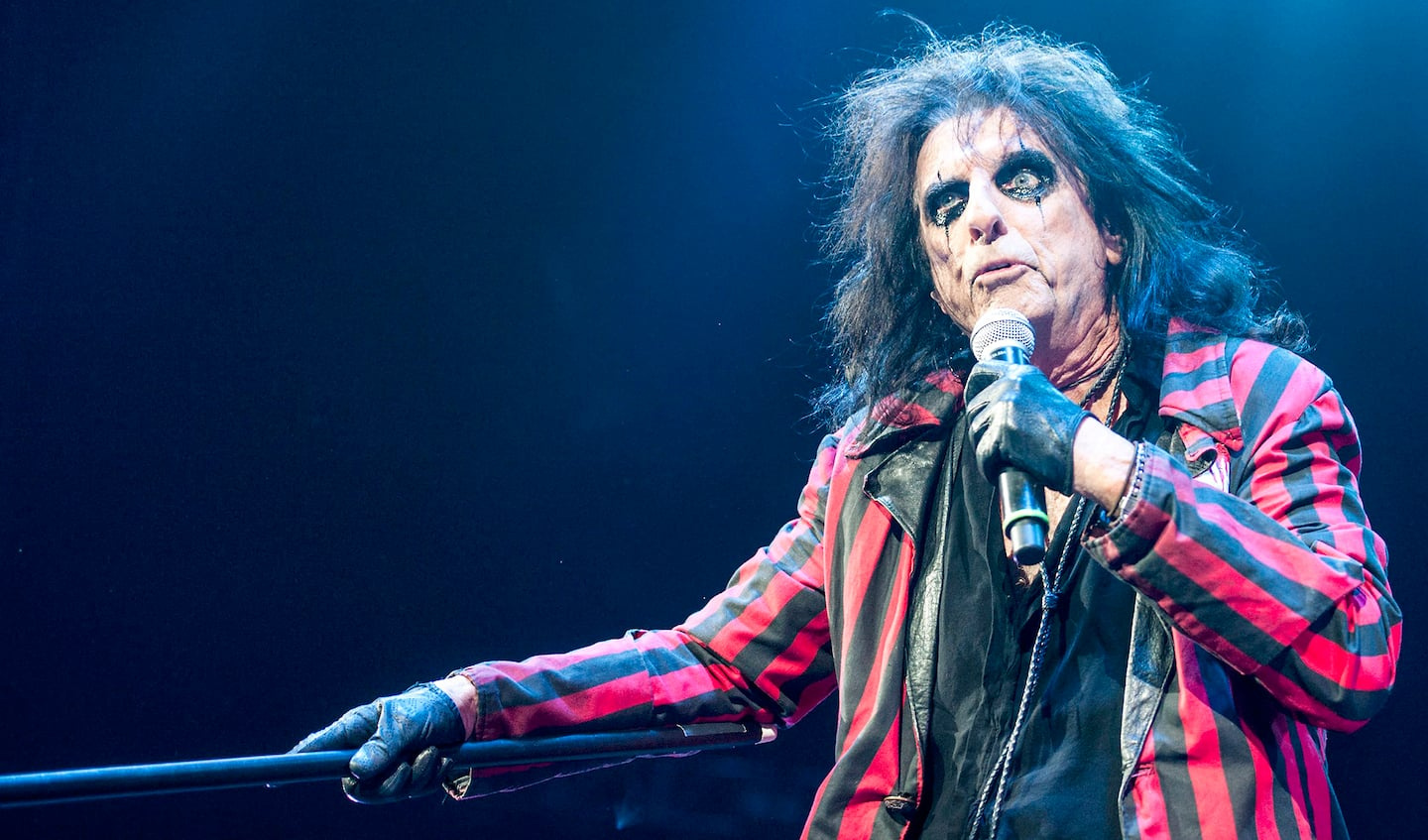 The debut of a young New Jersey rebel, who would become "The Boss", the debut of Queen, the timeless Dark Side of the Moon, a Genesis masterpiece, Billy Joel's Piano Man and the Messe des Morts by Offenbach, the year 1973 saw the publication of several outstanding albums. Here are 25 albums that will celebrate their 50th anniversary over the next few days and months.

The 24-year-old young artist from New Jersey by the name of Bruce Springsteen emerges and releases a debut album. Blinded by the Light was written when Clive Davis, president of Columbia Records, judged, listening to a preliminary version of this opus, that a single was missing. Ten months later, the "Boss" launches The Wild, the Innocent

The Boston-born band got off to a flying start with the classic Dream On found on their debut album. A title that climbed to the 59th position on the Billboard Hot 100 charts. Written by Steven Tyler, before the formation of Aerosmith, this song is widely played on radio stations in Massachusetts and will become a staple of their repertoire.

A year after the rebel anthem School's Out, Vince Furnier and his band demonstrate that it should be taken seriously. Armed with the titles Elected, No More Mr. Nice Guy and Hello Hooray, the king of "shock rock" dominates the charts in the United States and the United Kingdom with his sixth album.

After the excellent Meddle, Pink Floyd launches this album which will become a monument in the history of rock. A timeless concept album with a band in symbiosis and which addresses conflict, time, death and mental illness. Sales figures are around 45 million copies worldwide.

Expectations were high after the awe-inspiring Led Zeppelin IV, John Bonham, John Paul Jones, Jimmy Page and Robert Plant continue to explore and develop their sound. Reviews are mixed, but the titles The Song Remains the Same, Rain Song and No Quarter will become highlights of their concerts.

Pierre Flynn and his childhood friends, Mario Légaré, Jean Dorais and Pierre Hébert, mix jazz and progressive rock on October's first album, which includes Si on partait and the classic La maudite machine. A few months later, the quartet will perform as the opening act for King Crimson in Montreal and Quebec.

The Beatles, who no longer exist, simultaneously release two albums that will become famous and popular. The "Red", featuring the large "Fab Four" pieces. The early days and "Beatlemania" on "red" and their more psychedelic and exploratory period on the so-called "blue". Everything is here.

Prolific, Robert Charlebois launches his ninth studio album with Solidaritude. Success is always there for the one nicknamed Garou. This opus is no exception to the rule with the presence of the titles Cauchemar, WitChi Tai To and Entre deux joints that he wrote with Pierre Bourgault.

After the success of Close to the Edge, the British group Yes launches a triple album in show. A classic on which we find Heart of the Sunrise, And You and I, Close to the Edge, Long Distance Runaround, I've Seen All Good People, Starship Trooper. Yes will release the ambitious Tales from Topographic Oceans seven months later, which will not be unanimously accepted.

Young 19-year-old English musician, Mike Oldfield plays all the instruments on this superb album that can be described as a masterpiece. The opening segment will be inserted into the movie The Exorcist. A remarkable first opus which will be followed, over the years, by a series of updated and improved versions.

Before being revealed with Bohemian Rhapsody and the album A Night at the Opera. Freddie Mercury, Brian May, John Deacon and Roger Taylor unveil their sound with a first album on which we find Keep Yourself Alive. The quartet specifies that there are no synthesizers on this opus. What you might think with voice and guitar effects.

On this third ZZ Top album, there is the double Waitin' for the Bus and Jesus Just Left Chicago and especially the classic La Grange. A piece that refers to a brothel located near the town of La Grange, Texas. An album that will be significant for this joyful formation.

After the huge success of You Are the Sunshine of My Life and the album Talking Book, Stevie Wonder continues to explore soul, funk and jazz. Consecrated album of the year at the 1974 Grammys, it is on this opus that we find Higher Ground. Four days after the release of Innervisions, Stevie Wonder is plunged into a coma following a road accident where he was a passenger.

After the excellent Exile on Main St. launched in 1972, the Stones do not seem so inspired on Goats Head Soup. Angie, the last song on the first side of the vinyl, composed almost entirely by Keith Richards, finds itself at the top of the Billboard Hot 100. A very great song about the end of a love affair.

After the excellent The Grand Wazoo, the eclectic Frank Zappa abandons jazz fusion sounds for more "traditional" songs. The titles Camarillo Brillo, Dirty Love and Dinah-Moe Humm will bring him a wider audience and mark the beginning of a very fruitful period for the irreverent and unclassifiable American musician.

Elton released a double album featuring Funeral for a Friend and the megahits Goodbye Yellow Brick Road, Candle in the Wind, Bennie and the Jets and Saturday Night's Alright for Fighting. It will sell 20 million copies. Elton John wrote most of the music for this album in Kingston, Jamaica.

Three months after the release of Genesis Live, Peter Gabriel and his band launched what is considered, by many fans, to be the holy grail of the progressive rock movement. The group is at its peak and offers an opus that borders on perfection as demonstrated by Dancing with the Moonlit Knight, The Battle of Epping Forest, Firth of Fifth and The Cinema Show.

Last album of the Wailers with Peter Tosh, Bob Marley and Bunny Wailer, who will then embark on solo careers, it is on Burnin' that we find the anthem Get Up, Stand Up and the original version of I Shot the Sheriff which would become a hit when it was covered by guitarist Eric Clapton.

The Who's second rock opera, Quadrophenia was not as successful as Tommy. It also comes after the excellent Who's Next. The bar was high. Entirely composed by guitarist Pete Townshend, the album tells the story of Jimmy, a young mod in search of his identity. A consistent and excellent album when you have managed to tame it.

On his second album, Billy Joel reveals a song, with Piano Man, which will mark his career. An autobiographical title that recounts his time as a pianist in bars in Los Angeles. Piano Man will become the signature song of this pianist-singer from New York, sung at the top of his lungs by the public during his concerts.

Emerson, Lake and Palmer is at the height of its creativity with this opus which follows Trilogy, launched in June 72. The trio dares and explores. With Jerusalem and the sequel Karn Evil 9, the English trio offers a great progressive rock album. The cover art was made by Swiss artist H.R. Giger, who will create the creature from the first Alien movie.

Drugs are still present in Black Sabbath, which is about to implode. An uneven opus, but on which we find a mega guitar riff from Tony Iommi and the unique voice of Ozzy on the title track. One of the great songs of the British quartet.

The best of Wings. It is on this album that we find the excellent track Band on the Run, which takes the listener on a journey through three musical worlds. A single that sold a million copies in America. There's also Let Me Roll It, Jet and the underrated Nineteen Hundred and Eighty Five.

Seven months after releasing a debut album, Bachman-Turner Overdrive is back with BTO II. An opus on which we find the successes Let it Ride and Takin' Care of Business which will become an eternal anthem for the band from Winnipeg. A title that reached number 12 on the Billboard Hot 100 chart in 1994.

Saint-Chrone de Néant is the mythical Mass of the Dead by Offenbach, which mixes Gregorian chants and liturgical chants and presented in front of 3,000 spectators at Saint-Joseph's Oratory and broadcast live at CHOM. A marginal and burst album which ends, on its original version, with the title Rirolarma and its Hammond B3 organ sounds offered as an encore.

1 The sweets gave him back the joy of living 2 A difficult match for Bennedict Mathurin 3 Gala Celebration 2023: a woman from Ormstown wins... 4 Edouardo Sebrango will take up a new position with... 5 Rebecca Marino bows in curtain raiser 6 Thousands of reinstated Twitter accounts threaten... 7 A new phenomenon, according to a lawyer 8 He donates $75,000 to underprivileged children 9 An increase in adoptions which is not a good sign 10 Cross-country skiing: a convincing return for Canada... 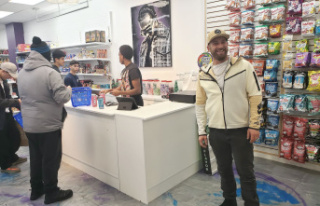 The sweets gave him back the joy of living