300 people demonstrate against the tramway

The leader of the Conservative Party of Quebec (PCQ), Éric Duhaime, gathered Thursday evening between 200 and 300 people in front of the National Assembly to protest against the Quebec tramway project during a demonstration that looked like a political rally. 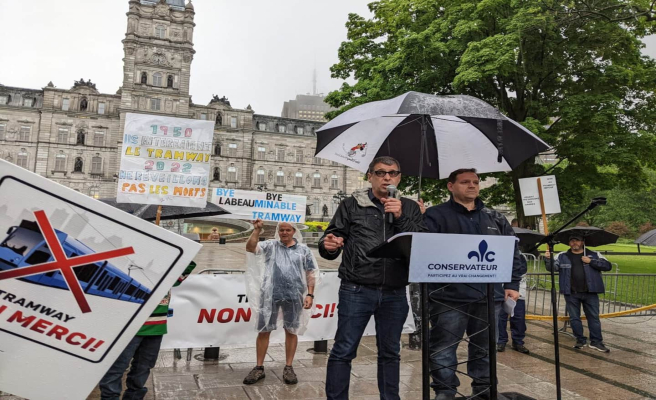 The leader of the Conservative Party of Quebec (PCQ), Éric Duhaime, gathered Thursday evening between 200 and 300 people in front of the National Assembly to protest against the Quebec tramway project during a demonstration that looked like a political rally.

The former host calls for a moratorium on the tram and offers free public transport in Quebec.

“We are about to force the biggest expense in the history of Quebec City down our throats against the will of the people who will pay for it”, was indignant the one who will be a candidate in Chauveau, in heavy rain .

In an interview with Le Journal, Mr. Duhaime insisted that, in his view, there is no social acceptability to justify the project. He considers insufficient the support rate in the population, which is at 44% (an increase of three points in less than six months) according to a survey released Monday by the City of Quebec.

Asked to say what percentage would be acceptable in his opinion, he set the bar at “at least 50% plus 1” as Minister Jonatan Julien had done in April.

He nevertheless clarified: “I think it takes a lot more than that. It would be nice to have a lot more, but at least there would be a veneer, some semblance of social acceptability. There, currently, there is none at all, there is a majority against the project.

However, even with a social acceptability of 50% plus 1, he could not ratify the tramway project. “I will not change my opinion on the tramway, I think it is a bad project and I [ne] am not alone,” he says.

The PCQ had chosen June 9 to mark the end of the parliamentary session and because a written consultation of the City regarding the urban planning regulations applicable to the tram is coming to an end.

1 Cigale Festival: a real obstacle course 2 The Islanders thrash the Cataracts in Shawinigan 3 The “Bolts” have the wind in their sails 4 A policeman and a citizen save three lives 5 At least one firearm projectile impact on a residence... 6 A US$9.2 million house for an Airbnb king 7 Quebec refuses to review loan to Sonder boss 8 “We put ourselves in danger every night” 9 The Caisse must be more transparent about its acquisition... 10 Big IQ bosses have never made so much money 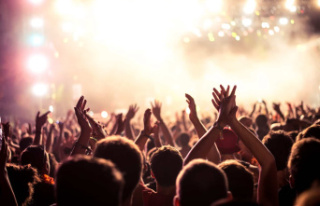