$ 422,000 diverted from the union: he buys condos and luxury car with the money of the workers

The former president of the Private Security Syndicate in Quebec is said to have managed to embezzle more than $422,000 of the workers' money, which he allegedly used to buy condos and a luxury car. 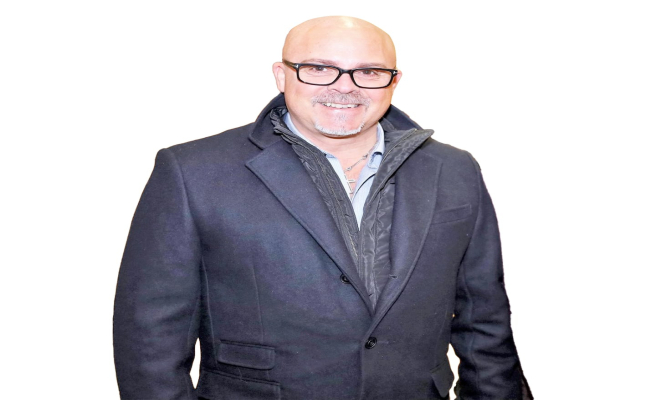 The former president of the Private Security Syndicate in Quebec is said to have managed to embezzle more than $422,000 of the workers' money, which he allegedly used to buy condos and a luxury car.

• Read also: Investigation for fraud at a union

Patrick Pellerin, fired on December 16 by his union and targeted by a criminal investigation, led the way as president of Local 8922 of the Steelworkers, affiliated with the FTQ. He ran an association of 16,000 members who earn modest salaries, including security guards and flagmen.

But until December 2020, he allegedly lined his pockets at the expense of workers through a “sophisticated fraud scheme,” the United Steelworkers allege.

He allegedly used his position as union president to give two bogus contracts to a company owned by his son's girlfriend. In particular, he allegedly used the pretext of creating a website that never existed.

In the end, the funds ended up in two of his accounts at the Royal Bank, according to the Steelworkers. No less than 80 fraudulent transactions would have been listed.

A series of court documents and notices of seizure consulted by our Bureau of Investigation show that the union president would have acquired the following assets thanks to the embezzled sums:

Attempt to liquidate its assets

It was the Sûreté du Québec that alerted the union on December 15, by carrying out a search.

The next day, Pellerin was fired. Within hours, he put his car up for sale for $53,000 on the Kijiji website. A few weeks later, he also put his Stoneham condo on the market for $350,000.

"The attempt to liquidate his valuable assets comes just a few days after the search warrant and the discoveries [...] of the fraudulent acts," said Vincent Boily, acting president of Local 8922, in a sworn statement. provided to the court.

The union obtained the seizure of the assets of its ex-president, fearing that these would be squandered, especially since Pellerin “uses pseudonyms” to put them up for sale, according to Mr. Boily.

In a brief statement of his defense filed in court on May 24, Pellerin “denies having maneuvered to appropriate any sum whatsoever”.

“Both contracts, design and analysis, did indeed lead to services rendered,” he said in writing, assuring that he had “personally” followed up.

According to him, if it is “impossible” to access the website, it is because the spouse of his son, whose company had obtained the contracts, died on December 25, 2020.

"Appeals to the host GoDaddy, with whom [his son's girlfriend] did business for the hosting of the sites she was designing, did not make it possible to obtain the site's source code", says- it is worth.

“The fact that a Wordpress platform was used for the design of the website makes the task of recovering said source code rather difficult”, also indicates Pellerin, who is a security officer by profession.

Local 8922 of the United Steelworkers has been in trust since the dismissal of Patrick Pellerin last December.

Last week, our Bureau of Investigation revealed that four Steelworkers union officers, including Mr. Pellerin, had been fired for alleged embezzlement.

"This is theft. We cannot tolerate that, and we will never tolerate it, ”assured in an interview the director of the Quebec Steelworkers, Dominic Lemieux, about these cases.

– With the collaboration of Nicolas Brasseur and Frédéric Marcoux

1 Between December 2019 and December 2020, Patrick Pellerin allegedly arranged for the union to pay $18,051.05 to Effervescence, the company of Marie-Claude Châteauneuf, his son's girlfriend, for the creation of a website.

However, this website “simply never existed”, according to the Steelworkers.

The United Steelworkers claim that "these expenses were in no way authorized, that they did not lead to any service rendered", and that another company had moreover been mandated by the union to provide them. .

3 The Sûreté du Québec has established that between January 23, 2019 and July 3, 2020, a total amount of $309,434.40 was transferred in several installments from Effervescence's bank account to two accounts of Patrick Pellerin at the Royal Bank.

“While he was earning a salary of approximately $100,000 [Patrick Pellerin] managed to acquire in as little as two years, and this, thanks to the embezzled sums, two new buildings [...] in addition to obtaining a new luxury vehicle”, according to Vincent Boily, the new interim president of the union.

“Prior to her death”, she contacted a trustee in bankruptcy to explain to him “that she was the subject of fraud orchestrated by [Pellerin] and her son”, explains Mr. Boily.

The trustee then contacted the Sûreté du Québec, which conducted various searches and notified the union on December 15, 2021. No criminal charges have been laid to date.

$18.78/hourAverage salary of a security guard

$21.41 / hourAverage salary of a traffic signalman

Do you have information of public interest concerning the management of trade unions?

1 Grand Prix in Montreal: it was also raining in the... 2 An organizer of Valérie Plante's party reprimanded 3 Another year of delay for the REM, another jump in... 4 Government freezes Hockey Canada funds, new investigation... 5 Houle and Duchesne at the Tour de France 6 Cancer: Jonathan Huberdeau gets involved for the cause 7 Toxic story of big lies 8 A little oxygen for Tampa 9 Memorial Cup: another victorious comeback for the... 10 NFL: Tony “Goose” Siragusa is no more 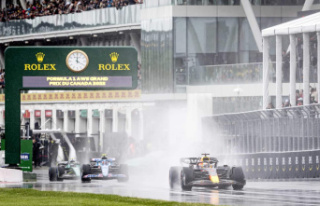 Grand Prix in Montreal: it was also raining in the...