At least ten european banks have announced since the beginning of the year the removal of 44,000 positions, confirming the password very difficult for a sector 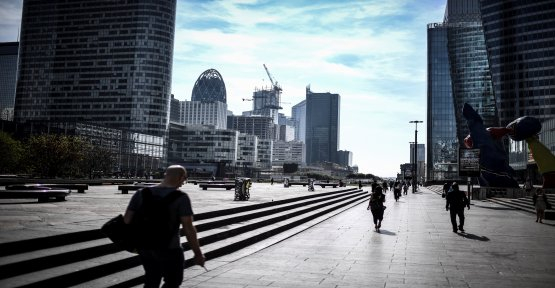 At least ten european banks have announced since the beginning of the year the removal of 44,000 positions, confirming the password very difficult for a sector that is confronted with low interest rates and tensions in the political-commercial.

Latest announcements date, Friday, Société Générale and Commerzbank. In some schools, future hires will compensate for these cuts. Here is a summary of deletions announced in recent months.

The French group was one of the first in 2015 to announce the redesign of its retail network in France, in the face of the decrease of the number of agencies and the shift to digital. Between 2016 and 2020, the Société Générale, which employs more than 147.000 people, has scheduled the removal of 3450 posts.

The 530 new deletions of positions in the French network, presented Friday to the trade unions, will add up to 1600 deletions in the world, including approximately 750 in France in the bank's funding and investment primarily, announced in April.

been In crisis since several years, the second German bank announced on Friday the removal of 4,300 jobs in the world, and 200 agencies. At the same time, it expects to create 2000 jobs. In 2016, she already announced a plan to reduce the 9600 posts of the horizon 2020, which has already been completed.

Commerzbank, in which the German State is a shareholder to the tune of around 15%, also intends to separate from its profitable Polish subsidiary mBank. It to finance its transition to digital technology and the refocusing of its activities in Germany in the retail banking and with small businesses.

The first German bank announced in early July the largest restructuring plan of its history with the elimination of 18,000 jobs by 2022. Last year, she had already deleted 6000 posts.

Deutsche Bank, which has never recovered from the financial crisis of 2008, now has a focus on Europe and Germany in the retail banking and companies, in this plan will be regarded as the last chance.

The giant british bank HSBC announced the beginning of August the departure of the surprise of his boss, John Flint, less than two years after his arrival, and the removal of 4000 jobs.

HSBC, based in London but active around the world and especially in Asia, is highly vulnerable to trade war between China and the United States. Another challenge is that of size: the Brexit character and the "highly uncertain" the nature and the impact of leaving the EU.

In France, the group has initiated a "strategic review of its retail operations", without giving more details, but "operational savings" are to be expected, according to an internal source.

After several years of findings in teeth of saw, the british bank, undermined by litigation in the United States and in the country, is back in the green by 2018. In early August, the bank indicated that it had removed 3000 jobs during the second quarter of 2019 and want to increase the reduction of its costs.

at the End of August, the first French bank has confirmed to consider the removal of approximately 20% of the workforce of its subsidiary's retention of title in France, a reduction of 446 to 546 jobs by 2021.

In march, BNP Paribas Fortis, its belgian subsidiary, was confirmed to reduce by 40% the number of agencies, and delete some 2,200 jobs in the next three years. In Italy, the bank has launched this summer a plan for early retirement, reducing its workforce by 1500 positions in horizon 20201.

The Spanish bank announced in June the removal of 10% of its workforce in Spain, or 3200 jobs. This restructuring is the result of the absorption in 2017 of its rival, Banco Popular.

At the beginning of the year, the first bank in the euro zone by market capitalization, had announced the reduction of its network in the United Kingdom, leading to the suppression of 1270 jobs.

The third Spanish bank CaixaBank has negotiated with the unions a plan of voluntary departures for the elimination of over 2,000 positions by the end of 2020.

The bancassurance belgian KBC account delete 1400 jobs in Belgium by 2022 in order to improve its "operational efficiency".

The bank's regional German HSH Nordbank account delete 700 jobs out of a total of 1700, an able speaker shortly after its purchase by private investors.

1 Overtime... paid to the internal 2 How to Follow the “3 Hobbies” Principle for Poker... 3 4 Tips to Get Best Value for Money When Buying a Car 4 How to Protect Your Perimeter from Intruders 5 The Best and Quickest Way to Prepare and Pack Parcels... 6 The oil drop sharply as the u.s. consumer confidence... 7 The Position is expected to recruit 1000 postal workers... 8 Justice at the bedside of Aigle Azur and the airline... 9 Darwin, or how Franprix reinvents itself constantly... 10 In the calanques of Marseille, a vast operation of...

Overtime... paid to the internal