To avoid the hell of the La Fontaine tunnel megaconstruction site, the government is encouraging motorists to find a plan B. 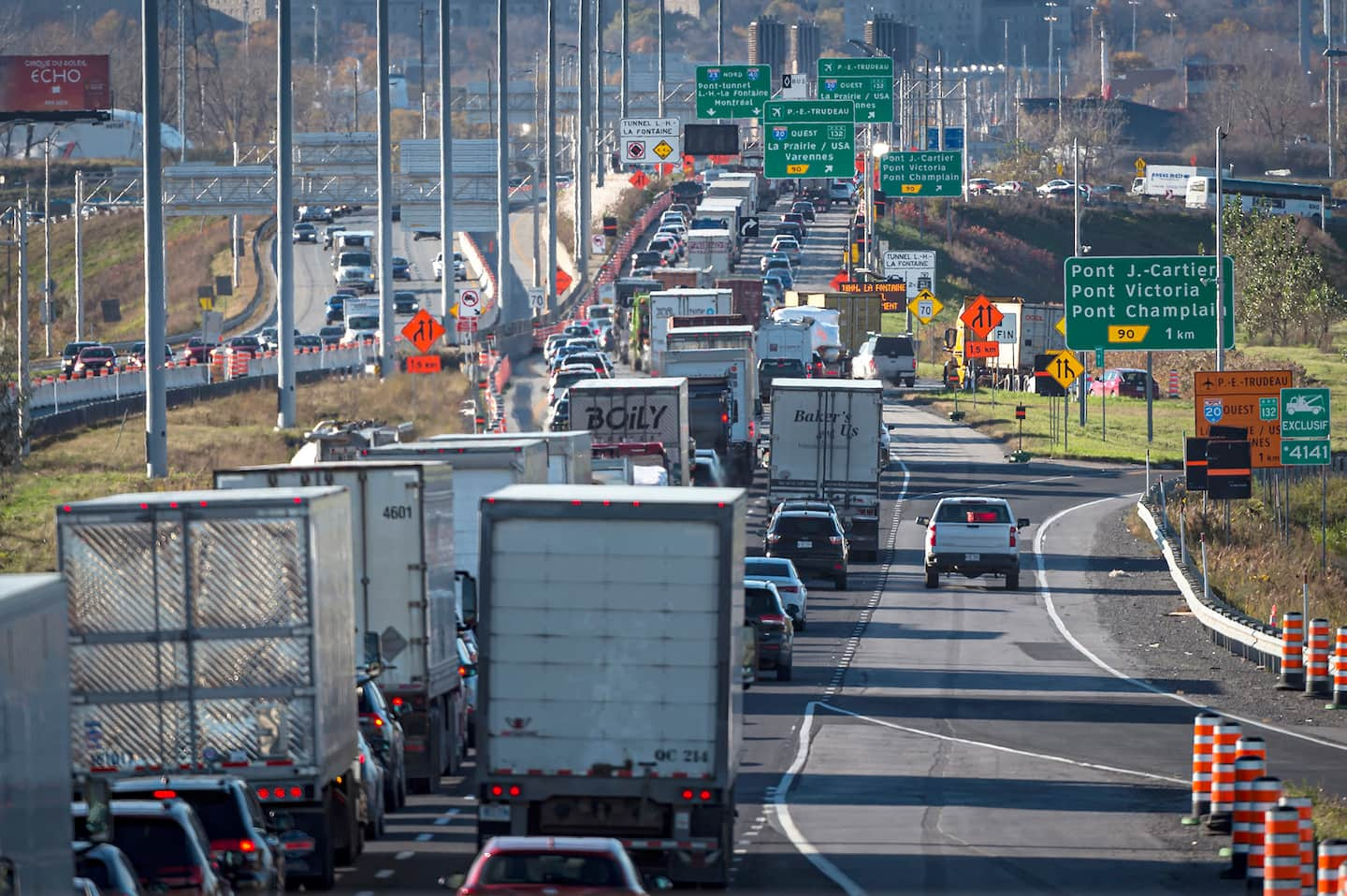 To avoid the hell of the La Fontaine tunnel megaconstruction site, the government is encouraging motorists to find a plan B. Bus, metro, carpooling, reserved lanes, river shuttles... Le Journal has unraveled the options for avoiding traffic jams, outward and return.

• To read also: Louis-H.-La Fontaine tunnel: the government speaks out of both sides of its mouth

The Société de transport de Montréal (STM) will add an additional train of nine cars, which will allow 50 more departures per day per direction and 25% more at rush hour, so as to increase the frequency of passages.

The STM wants to assure tunnel users that the level of service in the metro will be there to meet their mobility needs.

On the green line, a temporary terminus has been set up at the Radisson metro for the duration of the work. Two platforms now accommodate RTL and exo buses, a development that cuts the incentive parking lot by 185 out of 556 spaces.

The river shuttle that connects Boucherville to the east of Montreal is free, with departures seven days a week. From the municipal wharf in Boucherville or the promenade Bellerive in the Mercier-Hochelaga-Maisonneuve borough, the shuttle crosses the river , between 7 a.m. and 7:15 p.m. The service is scheduled until November 13 and could extend until December, depending on the weather.

However, the shuttle service between Boucherville and the Old Port of Montreal has ended for the season.

The Réseau de transport de Longueuil (RTL) and exo buses that connect the Beloeil, Sainte-Julie and Boucherville park-and-ride lots to the Radisson metro are free. Several departures are scheduled throughout the day, whether heading for the South Shore or Montreal.

Until November 27, two transport tickets will be distributed free of charge at the Radisson terminus to users of these shuttles, so that they can continue their journey on the public transport network.

In Montreal, the new 822 Longue-Pointe shuttle connects the Radisson and Langelier metro stations and various businesses in the east of the city, such as the head office of the Société des alcools du Québec, the Louis-Hippolyte-La Fontaine hospital and the Longue-Pointe military base of the Canadian Armed Forces.

For lower density areas that are not served by buses, the Réseau de transport de Longueuil offers a shared taxi service. Cars are identified by the RTL logo and accessible at stop signs, like buses.

Make better use of your car

For motorists who would like to use their car and public transit, a total of 2,400 parking spaces have been added in five incentive parking lots on the South Shore: de Touraine, Beloeil, de Mortagne, Sainte-Julie and Montarville.

To encourage carpooling, cars with three or more occupants can use the lane reserved for buses and taxis on Highway 20 towards Montreal between Sainte-Julie and Boucherville.

However, there will be no government carpooling platform to find fellow travelers and ease the traffic caused by the construction site before February 2023. In the meantime, it is possible to turn to social networks or the Covoiturage site. that.

Google Maps is not the only option for planning your route.

The Waze application makes it possible to consult and share in real time the state of the traffic, but also the work in progress.

As for the Transit application, it allows you to geolocate public transport options. With just one click, you can view the next departures at nearby metro stations and bus stops, and even the BIXI self-service bikes to unlock.

Before leaving, Québec 511 allows you to identify obstacles and even watch traffic cameras to plan a plan B.

Otherwise, twelve signs installed upstream of the tunnel indicate the estimated time to get there.

Works councils will be set up in collaboration with the Center de gestion des voyages de l’est de Montréal et de Lanaudière to facilitate the travel of workers in the east of Montreal and on the South Shore.

In the meantime, companies that want support to reduce the use of solo cars among their staff can call on the center which is overseen by Voyagez Futé, underlines the website of the Ministry of Transport.

The companies Netlift and Covoiturage.ca also offer options to promote carpooling in business. But beware, they are already overwhelmed in anticipation of the construction site. They warn that it is difficult to accommodate companies with fewer than 100 employees, an insufficient pool to put in contact colleagues whose starting and finishing points would be compatible.

1 Not-So-Simple Plan Bs to Avoid Chaos 2 Suspect arrested after attempted murder in Gatineau 3 Another Russian spy using Canada 4 Breaking and entering in Lévis 5 Cheaper to take the car than the metro, according... 6 The Catholic Church is losing members 7 A referee attacked by a disgruntled fan 8 Animal mourning: she creates jewelry from animal hair 9 The relationship to death is changing in Quebec 10 On the run, he tries to shoot 2 police officers and... 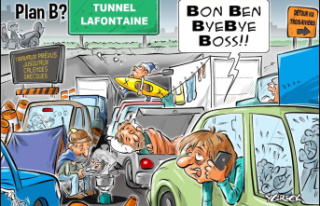