A subsidiary of the conglomerate, military-industrial Russian Rostec has sued Boeing to request the cancellation of an order of thirty-five aircraft 737 MAX. Th 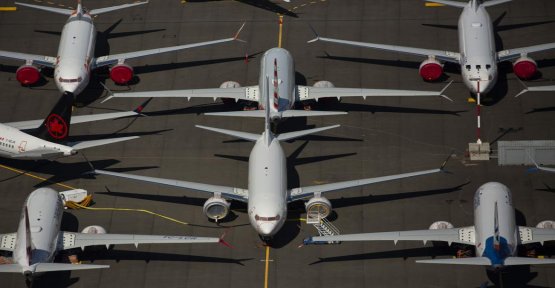 A subsidiary of the conglomerate, military-industrial Russian Rostec has sued Boeing to request the cancellation of an order of thirty-five aircraft 737 MAX. This model is nailed to the ground after the two accidents. Avia Capital Services (ACS), a subsidiary of Rostec in charge of the leasing of aircraft, confirmed Tuesday to the AFP these information revealed by the Financial Times, which points out that this would be the first lawsuit against the american manufacturer since the crisis of the MAX.

" ALSO READ - Boeing 737 Max: the scenarios of exit from the crisis

According to the Financial Times, ACS has filed a complaint with a court in Chicago to ask for the cancellation of the order by indicating that Boeing would have "intentionally" failed to provide information on the reliability of the devices. The company accuses Boeing of "negligence" in the design of an aircraft "failed" as well as "retention of critical information" during the certification process of the device, says the Financial Times.

The Russian group request, according to this article, a compensation of 115 million dollars, as well as several times that amount" in punitive damages.

The 737 MAX, Boeing is nailed to the ground since the crash of flight 610 from Lion Air and 302 of Ethiopian Airlines, which has claimed the lives of 346 people. This aircraft is a key product for Boeing and has already been ordered thousands of copies.

1 Internet : the Gafa weave their Cloth under the sea... 2 PewDiePie has surpassed the 100 million subscribers... 3 The women executives have fewer children than the... 4 Do Schools Really Need Solar Panels? 5 Drop to BFMTV after the cut on the Freebox 6 Savings: the French are they going to stay long in... 7 Tax Gafa : how Paris has managed to convince Washington... 8 Crisis of opiates: Purdue Pharma willing to pay 10... 9 Instead, the recession that the re-election of Trump,... 10 Orange could cut off the signal of BFMTV in the absence...

Internet : the Gafa weave their Cloth under the sea...