After Aigle Azur, XL Airways is in turn under threat of liquidation

Less than a month after the placement into receivership of Aigle Azur, another French company filed for bankruptcy : XL Airways, known for its cheap flights to 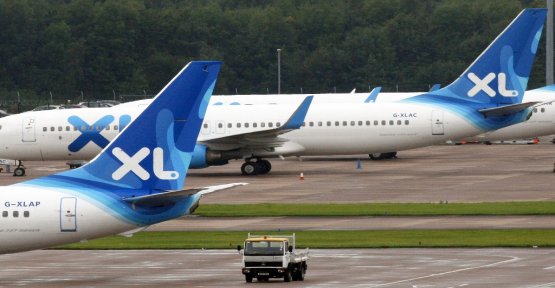 Less than a month after the placement into receivership of Aigle Azur, another French company filed for bankruptcy : XL Airways, known for its cheap flights to the United States, the Caribbean, Mexico... The leaders of this company of 570 employees have announced a new, Thursday evening, in a press release published on its website : "for more than a year, the management has negotiated with several potential buyers. These negotiations were unsuccessful, and the company today must place themselves under the protection of the commercial court of Bobigny. "

XL Airways has immediately stopped its sales and warned that some flights could be cancelled with effect from 23 September, the date of his probable placement in receivership.

The hope of finding a buyer, it will be up to the closure of the company

This statement has not surprised the professionals of the air. XL Airways, such as Aigle Azur, was followed by the inter-ministerial committee for industrial restructuring (Ciri) at Bercy. Its financial difficulties were no secret. Friday on RTL, Laurent Magnin, president of Dreamjet, the holding company that includes XL Airways and The Company, launched a "last call" : "The hope of finding a buyer, it will be up to the closure of the company. This company is in need of 35 million to start, it is a message. We have people of means in this country. "

" ALSO READ - XL Airways "is in need of 35 million to start," says its president and CEO

many voices of the leaders of the air and of the unionists were high on Friday to denounce the too heavy tax and social charges in france. The reality is more nuanced. Leaders of XL Airways, which had placed their hopes, two years ago, in a merger with The Company, dedicated to business class between Paris and New York, have failed. The marriage between the two models, one very cheap and the other glamour, made no synergy. The Company is working like a charm, and family offices, shareholders of DreamJet, which Motier, one of the family Mill, is a very welcome development. On the other hand, they do not intend to bail out XL Airways.

there was a year and a half, Air France-KLM had planned to take a stake in the company to have a weapon low-cost long-haul. But the leaders of the group had given up to take part in the adventure.

Should we see the similarities between the bankruptcy of Aigle Azur and the airline XL Airways? For some of the good connoisseurs of these folders, the leaders of these two companies have been blinded by the large amounts of cash generated by the sale of tickets issued and not used. "In the end, it is always the result of operating the account," recalls an officer. XL Airways, in spite of a cost structure low, may have also paid the dispersion of its program of flights. The company has cheap wanted to serve the world with only four aircraft, sacrificing its operational efficiency.

Finally, XL Airways has lost the price war, denounced by the trade unions. Raphael Caccia, secretary-general of the federal Union of air CFDT, admits that "taxes and charges" account for only " a part of the problem ", as are also cause the "war on prices" and " the overcapacity of the air transportation in the world."

in recent years, the competition has increased in France, with the creation of the French Bee, the subsidiary low-cost airline in the group Dubreuil, Level, that of the group IAG (British Airways, Iberia...) which has a base in Paris, and Norwegian. XL Airways has not been able to cope with it. Its policy of price and revenue optimization did not permit him to stay afloat. After months of fruitless searches to find a buyer, it is hard to see who could today bring relief to XL.

1 Jeff Bezos promises that Amazon will fulfill its commitments... 2 Aigle Azur: four offers to purchase the fray, Air... 3 On the brink of bankruptcy, the tour operator Thomas... 4 Commerzbank plans to remove 4.300 posts 5 Planes delayed or cancelled: the ranking of the worst... 6 Fuel : Bruno The Mayor, a price increase would be... 7 Ways to Avoid Feeling Restless Despite Having Enough... 8 How to Improve Your Income in Your Retirement 9 Pension, employment guarantee scheme : the advantages... 10 The price of the ham are expected to soar from 5%...

Jeff Bezos promises that Amazon will fulfill its commitments...