Invited by Jean-Jacques Bourdin on BFM TV on Wednesday 21 August, the minister of Health, Agnes Buzyn announced that she would receive representatives of the 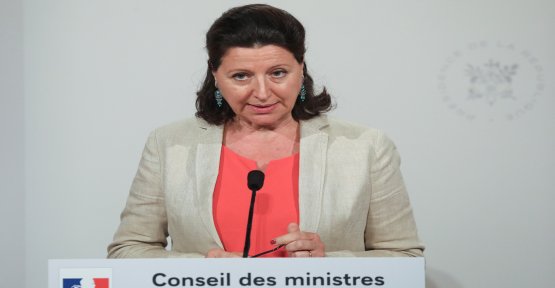 Invited by Jean-Jacques Bourdin on BFM TV on Wednesday 21 August, the minister of Health, Agnes Buzyn announced that she would receive representatives of the Inter-Emergencies at the beginning of September. The minister acknowledges that "on the 650 emergency services of our country, a third of them are in strike".

" ALSO READ - Crisis emergency: "The private sector holds out a hand to help and relieve the public"

The minister said he wanted to work to increase the quality of work of physicians, pointing to the overuse of emergency due to the shortage of physicians in the city. But it also underlined the particular nature of each situation, stressing that the resolution of the crisis of the emergency required a different approach service by service, and not a comprehensive resolution.

" ALSO READ - Emergencies: the strikers are waiting for the announcements Buzyn on the turn

Agnès Buzyn recalled the introduction of a premium of 100 euros per month for the emergency physicians, because of the risks they face, especially at night guards. It also detailed the possibility for the professional communities of health workers in the city to put in place a number of orientation and regulation of the patients. Finally, the minister of Health stated that "the crisis of the emergency is not resolved by opening up new positions for doctors. Instead, it is necessary to rethink the organization of the medical time so that they focus on their core business".

Organization of a "citizens ' consultation" on the pensions reform

The crisis of the emergency room is not the only folder that is waiting Agnès Buzyn to the start of the year. Asked about the financing law of social security, it has detailed the three main objectives of the text : the improvement in the collection of alimony to single-parent families, the establishment of a paid leave for relatives-helping and the adoption of anticipatory measures in the context of the presentation of the draft law on old age and autonomy in December this year.

Finally, asked to comment on the pension reform, the minister of Solidarity and of Health said that it wanted, in addition to the consultation with the trade unions, a "citizens ' consultation". On this point, she indicated that the details should be known "probably in a week". She also reiterated that a minimum pension of 1000 euros would be paid to all those who have contributed all their lives.

The budget of social Security for 2020 will include "money for long-term care facilities", said on Wednesday Agnès Buzyn, indicating that these additional appropriations will come "in anticipation of the act on old age and autonomy" scheduled for the end of the year. "I would like already that there are measures for the long-term care Facility (...), measures, in particular financial, because that is missing today it is obviously the staff", she said.

This text will include other promises of the executive, in particular "a period of paid leave for family caregivers" and "a better recovery of maintenance from the family benefits funds", she recalled. Ms. Buzyn has also ensured that any possible savings on child benefits for the rich are not "in the pipes", even if the subject "is discussed every year" and that "everything can be put on the table".

" How the LDCS costs to the social Security?

" pension Reform: the calendar folder, the most explosive of the five-year term

1 After the scooters, Bolt launches in the delivery... 2 The Uk post-Brexit will he become the vassal of the... 3 With Supeco, a Crossroads on the offensive in France... 4 When the investment fund grows start-ups to sell 5 Pension reform : the government gives itself the time... 6 Trump's attack on the automobile manufacturers who... 7 The vessels of the CMA CGM don will go along not Siberia... 8 Promotions to a large surface less convincing 9 The economic downturn puts central banks under pressure... 10 Kyriakos Mitsotakis: I invite investors of France...

After the scooters, Bolt launches in the delivery...