Frantz Yvelin, president and CEO of the company French airline Aigle Azur placed into receivership on Monday, announced his resignation Wednesday on the plateau 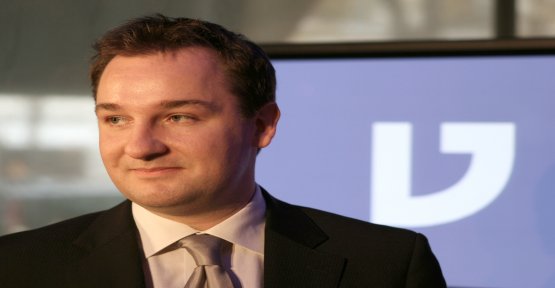 " ALSO READ - Aigle Azur in default of payment, demand its placement in receivership

"at a time, we can't fight against the whole world," he said Wednesday morning on the plateau BFM Business, is called "tired" after having "crossed a "zone of turbulence since the beginning of the month of August". The company, which account 1.150 employees, including 350 in Algeria, was declared insolvent on Monday and was placed in receivership on the same day.

on The 26th of August, Gerard Houa, a minority shareholder (20% of the capital) had attempted to oust Frantz Yvelin with a press release touting it as the new boss, with the will to put an end to the "wanderings strategic the past two years, before being denied by David Neeleman (32% of the capital), accusing him of usurping this title.

Two days later, another coup de théâtre: an administrator, provisional, Hélène Bourbouloux, had been appointed to the helm of the company and installed in the presence of the forces of order, while Frantz Yvelin was reinstated in its functions.

"justice is seized, it would have to decide," said Frantz Yvelin, on Wednesday morning, about the power stroke of Gerard Houa, recalling that the latter have been "told for months to shareholders, most recently to employees in conjunction with a trade union, the SNPNC-FO and with which he appears to be ally: 'I have 15 million euros, I have a plan'."

"Gérard, if you listen to me, if you have the 15 million, put on the table, if you have a serious plan, present it to the court, the future is open," explained the manager of the company owned by the chinese group HNA (48%), the american businessman David Neeleman (32%) and the company Read'azur (20%), of which Gerard Houa is the owner.

"We had on the table from the beginning of August, a solution that allowed it to sustain more than 90% of the jobs in the company", regretted Frantz Yvelin, the plan of which was "to sell part of our business to the group IAG, to switch approximately half of our business at Charles-de-Gaulle and ask for a effort of productivity to all of our flight personnel in return for a share in the capital of the company".

1 Charles Jaigu : artificial intelligence is she chinese... 2 Trade war : Beijing and Washington resume language... 3 Siemens will build the power plant in brittany 4 BFMTV loses his arm iron face Orange 5 Pension reform: the reserves of coveted of supplementary... 6 Boating industry booming seeks labour desperately 7 The French believe that it is necessary to 1760 euros... 8 H&M without leather brazilian to preserve the amazon... 9 Brexit : what fate for the european expatriates after... 10 All flights of Aigle Azur canceled from Friday night...