The airline company Air France-KLM announced on Tuesday a firm order for 60 copies of the Airbus A220-300, the catalogue price of 5,490 billion with 30 options. 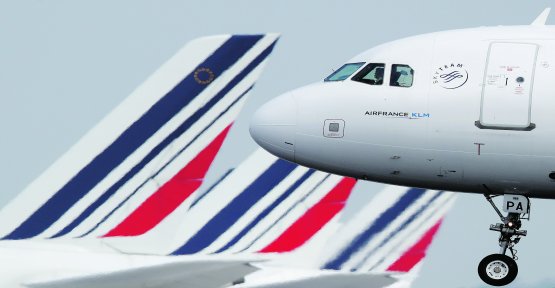 The airline company Air France-KLM announced on Tuesday a firm order for 60 copies of the Airbus A220-300, the catalogue price of 5,490 billion with 30 options. "Air France is committed to the firm order for 60 Airbus A220-300, with a complement of 30 shopping options and 30 rights to purchase additional", i.e. reservations without a date set, has detailed the group in a press release.

" ALSO READ - Air France is struggling to reorganize in Corsica

This command will progressively replace the A318 and A319, which the fleet consists of short and medium-haul Air France, according to the group, which operates a fleet of 541 devices for its three main brands, Air France, KLM and the low-cost Transavia. In addition, the seven large carriers long-haul A380 remaining will come out of the Air France fleet by 2022, the output of the other three devices have already been decided upon previously, said the release. The choice of device to replace has not been done.

"The environment of competition current limit the markets where the A380 can be profitably exploited", he says about the giant of the skies Airbus, the european manufacturer announced in February, the end of production for lack of orders sufficient.

These "major strategic orientations" regarding the evolution of the Air France fleet "embody the group's ambition to simplify and harmonise its fleet, but also to improve its competitiveness with aircraft that are more modern, more efficient, and that the environmental footprint is greatly reduced", said the release. These decisions are "a new and very important step in the transformation of Air France, and this evolution of the fleet underlines the determination of the group to become the european leader in air transport", commented the Canadian Benjamin Smith, executive director of the group.

" Delays: the ranking of the airports in French

1 Donald Trump is burning with desire to trigger a currency... 2 The deployment of 4G in the campaigns judged to be... 3 The slow travel way Greta Thunberg is it within the... 4 Declining Fed funds rate : any understanding of this... 5 SNCF Pepy sign his last order of TGV 6 The historical hike in the purchasing power is not... 7 Iran removes zeros the rial and rename its currency 8 Friendship at work : six situations in which you need... 9 In hong Kong, the protesters protect their phones... 10 United states : the decline in Fed funds rate does...

Donald Trump is burning with desire to trigger a currency...