Airport of Toulouse: Eiffage is going to buy out the share of the shareholder in chinese

The Eiffage group, the number-three French CONSTRUCTION, behind Bouygues and Vinci, is to purchase the majority share of the airport of Toulouse-Blagnac airport 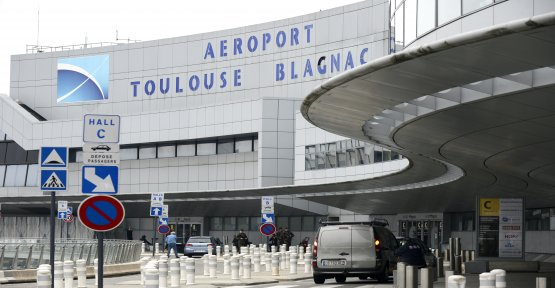 The Eiffage group, the number-three French CONSTRUCTION, behind Bouygues and Vinci, is to purchase the majority share of the airport of Toulouse-Blagnac airport to chinese Casil, who has almost half since its privatization in 2015, announced by the two parties Tuesday. The operation, however, remains exposed to the legal uncertainties on the status of the site.

Since the privatization of the airport in 2015, Casil holds a 49.9% but the group announced last year that it intended to opt out, after the decision of the State to retain a minority share on which the chinese held an option.

The decision of Casil has raised polemics and policies around the selection of the privatisation of the airport, especially as the current government has undertaken in the past months the process of privatization of Aéroports de Paris (ADP), operator of Orly and Roissy.

In regard to Toulouse, the leaders of the local communities have long accused Casil seek only to maximize his dividends at the expense of the financial reserves of the airport. For its part, Casil has regularly highlighted its work on the development of the site, third regional airport to French with nearly 10 million annual passengers.

1 North : beware of the scam to the USB key in the mailbox... 2 In Philadelphia, the tax soda has collapsed the sales... 3 The French are going to be able to terminate their... 4 The yellow vests, which is an indicator of the new... 5 The buyer of Ascoval reassures the employees of the... 6 EssilorLuxottica: the hard part is to 7 Usain Bolt launches his fleet of scooters electric... 8 How You Can Choose the Best Flat to Rent 9 In Dijon, the boss of the CGT shaken by the activists... 10 Scooters, electric land in Germany

North : beware of the scam to the USB key in the mailbox...