The spread of african swine fever in Bulgaria, which threatens the pig farming industry of the Balkan countries, is "very worrisome", said on Thursday a spoke 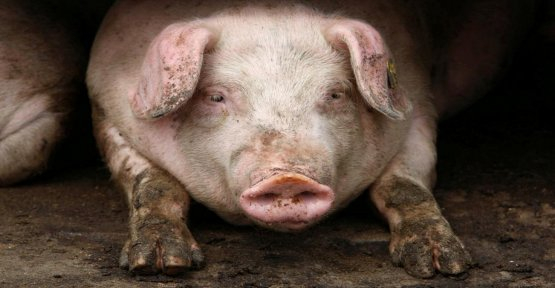 The spread of african swine fever in Bulgaria, which threatens the pig farming industry of the Balkan countries, is "very worrisome", said on Thursday a spokesman of the european Commission Anna-Kaisa Itkonen, calling for action against what she called an "animal disease catastrophic."

Bulgaria has reported more than 30 outbreaks of the disease - incurable in pigs but harmless to humans - in industrial farms, or backyard. Approximately 130 000 pigs have already been slaughtered. The deputy Bulgarian minister of Agriculture said on Wednesday that the country could lose its pig farming industry of around 600,000 animals. The leaders of the industry in Bulgaria fear that the epidemic will cause damage that can reach up to 2 billion levs ($1.15 billion).

experts predict an epidemic of african swine fever in China, which is expected to destroy about one-third of the pig production in chinese this year, or 18 million tonnes, which is double the amount of pork meat exported in the world each year. The health officer and of the EU food safety, Vytenis Andriukaitis, has offered his support to Bulgaria when he met Tuesday, the minister of Agriculture, Desislava Taneva, Bulgaria will receive € 2.9 million (3.25 million dollars) of financial help from the EU to the fight against the disease, said Taneva after his meeting with Andriukaitis.

" ALSO READ - swine Fever in China: in fact, what one speaks and what are the risks?

1 The economy of hong Kong hit by the protests against... 2 Germany : the idea of raising the VAT on meat has... 3 Mr. Toussaint Louverture, forgotten treasures 4 The airport of San Francisco is going to ban the sale... 5 Foxconn does work for teenagers at night to make pregnant... 6 The meat is not close to disappear from our plates... 7 How Londoners precarious have found a job thanks to... 8 The transition management: a sector in full expansion... 9 The approach of Brexit has wiped out the growth in... 10 Le Figaro launches its club dedicated to decision...

The economy of hong Kong hit by the protests against...