The ex-boss of the automakers Renault and Nissan, Carlos Ghosn, currently being held in Japan, will be again indicted for breach of trust at the end of his poli 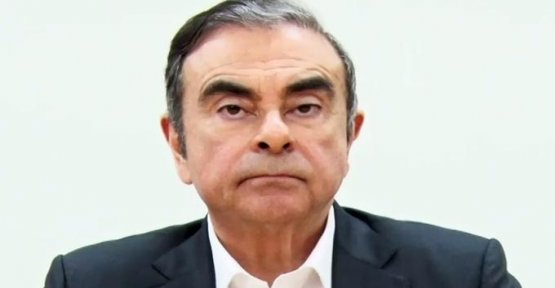 The ex-boss of the automakers Renault and Nissan, Carlos Ghosn, currently being held in Japan, will be again indicted for breach of trust at the end of his police custody on Monday, announced on Friday the japanese media. The prosecutors ' office in Tokyo should make examination, accusing him of having embezzled funds of Nissan. He is suspected of having used one or more companies "empty shells" to move funds from the group, nippon to an investment company owned by his son Anthony, according to the details given by the public channel NHK. Kyodo news agency also reported that Carlos Ghosn would be new charges Monday.

investigators now require the co-operation of us authorities in order to hear the son of Ghosn, adds to the NHK. Arrested the first time on his arrival by private jet to Tokyo on November 19, 2018, Carlos Ghosn is already the subject of three indictments for reduction of income statements and breach of trust aggravated linked to an attempt to cover losses, personal financial by Nissan. He was released on bail on the 6th of march after 108 days in prison and under house arrest in Tokyo, but he was arrested again less than a month later on new suspicions.

ALSO READ - Nissan through a bad patch commercial and financial

The person concerned and his family deny any wrongdoing and denounce a plot hatched by Nissan, while he was preparing the merger of the japanese group with its French partner Renault, an evolution of the alliance distasteful to the japanese side. The main advocate of Ghosn, Junichiro Hironaka, has filed several appeals since the re-arrest of his client, but the judges dismissed it, allowing its retention in police custody until Monday.

If he is actually charged, will start a pre-trial detention period opening at the same time the possibility of a request for new bail.

1 Amazon abandons partially the chinese market 2 A Youtubeur has built a functional computer with pasta... 3 France celebrates the centenary of the work day to... 4 Electric cars : soon charging ultra-fast 80 Casino... 5 Ascoval : the rescue of the steel mill is delayed 6 The French are going to win on average 850 euros of... 7 Paris agreement: why countries are not at the height... 8 Arthur separates from Oüi FM 9 Linky : Enedis changes the meter of the mayor of Bayonne... 10 The real figures of the budget devoted to our heritage...