About 430 people have applied to the justice on Monday in Nanterre, in the Hauts-de-Seine, to prevent the installation of meters Linky to their homes, or reques 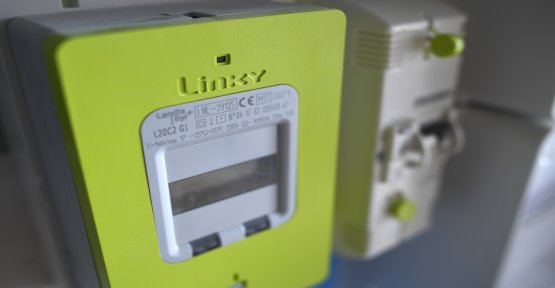 About 430 people have applied to the justice on Monday in Nanterre, in the Hauts-de-Seine, to prevent the installation of meters Linky to their homes, or request that they be removed. This "smart meter", the installation of which is driven by Enedis, and to detect at a distance and in direct electricity consumption by customers, been the subject of controversy, recurrent since its deployment in 2015.

" SEE ALSO - Why the French are wary of the counter Linky?

" ALSO READ - Bertille Bayart : "Linky, or the defeat of reason"

Before the tribunal of Nanterre, Me Corinne Lepage and Me Christopher Lèguevaques have pleaded for the removal or non-installation of these meters in the applicants, citing the impact of electromagnetic waves on health, a violation of the freedom of choice or privacy.

As at Nanterre, persons have applied to the courts for interim measures (an emergency procedure) through France, in the form of collective action - 22 procedures are in progress, with over 5000 applicants. Twenty of them were present. Eric, a retired native of Haute-Marne, evokes reasons of "democratic" - the opponents of Linky believe that Enedis collecting information to sell to third parties.

Rhonda, who has created a group in Vigneux-sur-Seine (Essonne), speaks of a neighbor's "electro-hypersensitive," who has had to move since the installation of the meter lime green in it, only supporting more headaches and tingling sensations recurring.

"We are not in a debate between the strong and the weak, the powerful against the victims," argued the counsel of the subsidiary of EDF, Michel Guénaire. On the health issue, Enedis took "serious guarantees" and has not "pipoté" the national Agency of sanitary security (Anses), which deemed it "very low" the probability that the counters can have harmful effects - contrary to what had been said of its rivals.

As for the accusations of "trade" data collected by the meter that team today 19 million households, they are "unbelievable", he said. "We will not do anything to the data," has hammered Me Michel Guénaire.

The court of Nanterre will make its decision on 2 August.

If the courts were for the time dismissed the vast majority of anti-Linky, they have obtained a first victory in march in Toulouse, where thirteen people with known hypersensitivity to the waves, had obtained the right of not to be equipped against their will.

in Bordeaux, the judge was asked to Enedis to ask a "filter" protector among a dozen persons regarded as "electro-hypersensitive". Enedis has appealed these two decisions.

1 Farmr wants to become the Facebook and the LinkedIn... 2 New-Look France should be placed in liquidation on... 3 Reasons Why You Get Burnt Out While Studying 4 An official report of economists denounce the harmfulness... 5 Renault-Nissan : Emmanuel Macron seeks to extinguish... 6 Peak summer consumption of electricity in France this... 7 Ford announced the elimination of 12,000 jobs in Europe 8 When the elected CFE-CGC will take to Iron Man or... 9 Station F changes size with the creation of 600 homes... 10 Boeing 737 Max : the sky darkens after the discovery...

Farmr wants to become the Facebook and the LinkedIn...