EDF: project Hinkley Point C is expected to cost between 2 and 3 billion euros more than expected

EDF has raised on Wednesday its estimate of the costs of the proposed nuclear power station Hinkley Point C in Britain. In a press release, the group states tha 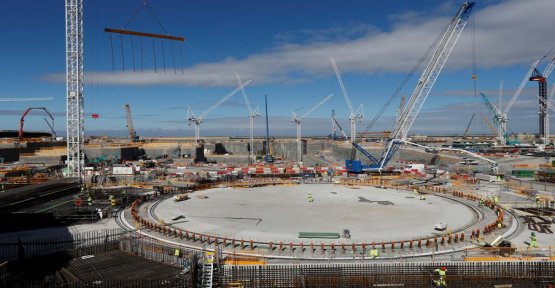 EDF has raised on Wednesday its estimate of the costs of the proposed nuclear power station Hinkley Point C in Britain. In a press release, the group states that the costs at completion of the project are now estimated to be between 21.5 and 22.5 billion pounds sterling (between 24,2 and 25.3 billion euros), an increase of between 1.9 and 2.9 billion pounds sterling (from 2.14 and 3,27 billion euro) compared to the previous assessments.

" ALSO READ - Hercules, this project, which aroused the dissatisfaction of the employees of EDF

These additional costs, says EDF, is the result mainly of the difficult soil conditions that render the work of excavation more expensive than expected. The group also refers to the revision of the objectives of operational plans and "additional costs associated with the implementation of the functional design of the head of a series adapted to the regulatory context british".

EDF added that the project has met with success, last June, a milestone in key, the completion of the basemat of the nuclear island of unit no. 1, "according to the schedule announced in September 2016".

" ALSO READ - "We will guarantee the integrity of EDF", promises Bruno Le Maire,

The next milestone - the completion of the basemat of the unit n°2 - is confirmed for June 2020. The risk of postponement of the delivery of the units 1 and 2 previously communicated (15 and 9 months, respectively) has increased, adds EDF. But the objective fact remains that the unit no. 1 of the plant began producing electricity in late 2025.

1 Brexit : these sectors who are preparing for the worst... 2 Europe: the netherlands invest to support the economy... 3 The degressivity of the unemployment benefits... Yes,... 4 The government waives the right to restrict the niche... 5 Spice of Life: The Multiple Health Benefits of Turmeric 6 Pensions : the call to the general strike of December... 7 A resignation German revival the sling within the... 8 The Court of auditors draws up a report very critical... 9 The laughing Cow and Babybel put the plant in their... 10 Pensions: CGT and FO are working on the perspective...

Brexit : these sectors who are preparing for the worst...