The european Commission said on Thursday fined five banks, including Citigroup and RBS, for two agreements between their brokers on foreign exchange transaction 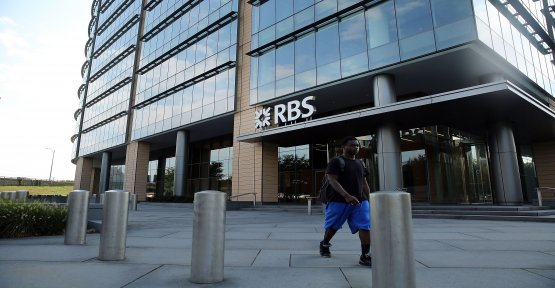 The european Commission said on Thursday fined five banks, including Citigroup and RBS, for two agreements between their brokers on foreign exchange transactions between 2007 and 2013. By adding up all the fines, one arrives at a total amount of 1.07 billion euros. A very large amount, but well below the record of 3.8 billion euros imposed in 2016 and 2017 at the cartel of european manufacturers of trucks.

The first agreement, called the "Three Way Banana Split" (the name of the discussion forum of the traders involved), two british banks, Barclays and RBS, and two american, Citigroup, and JPMorgan. It lasted between 18 December 2007 and ended on January 31, 2013.

The second was "referred to as the Essex Express" (all brokers involved with the exception of one of them, "James," lived in Essex, east of London and were taking the same train) for once again Barclays and RBS, but also japan's MUFG (formerly Bank of Tokyo-Mitsubishi). The infringement lasted from December 14, 2009 and July 31, 2012.

The dealers of swiss bank UBS were also involved in these two agreements. But this establishment has denounced their actions with the european Commission, which has led Brussels to open an investigation in September 2013.

For this reason, UBS has benefited from the leniency of the Commission, as the guardian of Competition in Europe, which allowed him to avoid a fine of a total amount of 285 million euros approximately.

In these two cases, the brokers, who knew each other personally, agreed on their market transactions of spot foreign exchange transactions relating to 11 currencies (the euro, the pound sterling, the japanese yen, the swiss franc, u.s. dollar, canadian, new zealander and australian, as well as the crowns of Danish, Swedish, Norwegian).

direct Competitors, traders, connected generally in discussion forums of multilateral terminals in the financial agency Bloomberg, on which they remained during their entire day of work and talked at length of various subjects, including the point on their trading activities.

These exchanges of information allowed the latter to take decisions about the market informed as to the opportunity to sell or buy the foreign currency they held in their portfolios and the time at which to conduct such operations.

In the context of the offence 'Thee Way Banana Split', all the concerned banks have benefited from a reduction in fines for cooperating in the investigation of the Commission. On the other hand, in the case of 'Essex Express', a bank, MUFG, has not wanted to cooperate in the investigation.

Contacted by AFP, a spokesman for JPMorgan said: "we are pleased to resolve this matter, which involves the conduct of one of our former employees." "Since we have significantly improved our controls on dealers, he added. Several banks, including Barclays, had already taken the lead in recent years about the financial implications of these cases by passing provisions in their accounts.

1 Green energy : the two leaders of the world are also... 2 Why Moving to Another Place is a Risk Worth Taking... 3 Food labelling: a petition to make the Nutri-score... 4 The State agencies will be deleted 5 The european Union defends us against the ambitions... 6 Brussels is sending investigators to the seats of... 7 Senators wary about the effectiveness of the tax Gafa... 8 European Elections : what is the bottom for the euro... 9 United states: the u.s. Postal service is testing... 10 Washington gives a conditioned suspension of 90 days...

Green energy : the two leaders of the world are also...