Ford announced the elimination of 12,000 jobs in Europe

The u.s. car manufacturer Ford announced on Thursday his plan european restructuring would result in the total elimination of 12,000 jobs and the closure of six 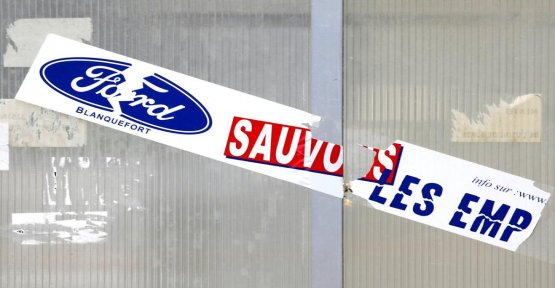 The u.s. car manufacturer Ford announced on Thursday his plan european restructuring would result in the total elimination of 12,000 jobs and the closure of six factories by the end of 2020. The figure includes 5,400 and deletions that have already been announced for Germany, as well as to 1,700 positions that will disappear in the United Kingdom in the framework of the closure of a factory in Wales. It will be "mainly of a voluntary departure," said Ford, who employs in Europe, around 51,000 people and has 24 plants. The plant closures, which also has three locations in Russia, one in Slovakia and one of Blanquefort (Gironde, south-west France), was already announced, but the total impact on employment had not so far been detailed.

" also Read - Ford will not leave Europe, but restructuring its activities

This austerity cure is part of a broad restructuring announced in the fall by the president and CEO Jim Hackett to save 11 billion dollars and make of the Ford a group that is more "agile" with procedures of decision-making accelerated. Ford wants to find the head of the pack in the ongoing transformation of the automotive sector under the effect of the explosion of car-sharing, carpooling, and especially the development of the autonomous car and the acceleration to the electric. The manufacturer considers to be "on track to improve its financial results in Europe" and has indicated a wish to advantage focus on electric mobility.

Ford has also announced a reorganisation of its european activities in the three branches independent "passenger vehicles", "utilities" and "import". "This could be the first step to a sale in whole or in part" of the activity of Ford cars in Europe, said to the AFP, the German expert in automotive, Ferdinand Dudenhöffer.

" also Read - Ford will sell two of its factories in Russia

" See also - Ford Blanquefort : should we nationalize the factories in trouble ?

1 When the elected CFE-CGC will take to Iron Man or... 2 Station F changes size with the creation of 600 homes... 3 Boeing 737 Max : the sky darkens after the discovery... 4 Carlos Ghosn, a silence that makes noise 5 Expatriates : the ranking of the most expensive cities... 6 How to Get Classy: Style 101 by Indian Model Karan... 7 The business gold couple's Obama 8 The certificates of energy savings to the rescue of... 9 Boeing presses the parking lots of its employees to... 10 An agreement will open the European the promising...

When the elected CFE-CGC will take to Iron Man or...