Greenland : the tension between Trump and the First minister of the Danish cool on the phone

The us president Donald Trump and the First Danish minister Mette Frederiksen spoke on the phone Thursday to appease their dispute, born of a categorical refusa 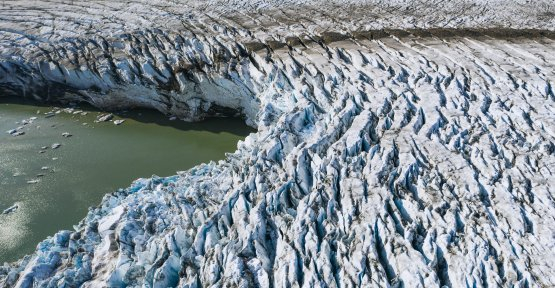 The us president Donald Trump and the First Danish minister Mette Frederiksen spoke on the phone Thursday to appease their dispute, born of a categorical refusal to Copenhagen to sell Greenland to Washington, said Friday to AFP a spokesman for Ms. Frederiksen. "The conversation has been constructive. The two leaders underscored the need to further develop their cooperation and the management of common challenges in the field of security policy", said the spokesperson. She did not specify who, of the republican president or the First minister, social-democrat, had taken the initiative for the contact.

"This is a wonderful woman. We had a great conversation. We have a very good relationship with Denmark and we agreed to talk to us later", said Donald Trump on Friday evening before taking off for the G7 in France.

" ALSO READ - In Greenland, remains threatened by the warming climate

The tone was mounted in recent days between the two Nato allies around the offer to purchase Greenland, a possession of the Danish autonomous in the Arctic, by the ex-real estate mogul. In visit this week on the huge area of snow and ice threatened by global warming, Ms. Frederiksen was described as"absurd" the proposal by the tenant of the White House. The latter had immediately cancelled a State visit to Copenhagen scheduled 2 and 3 September at the invitation of queen Margrethe, lamenting the " tone "villain" of the head of the Danish government.

Populated with 56,000 inhabitants, Greenland is a huge arctic island, four times large as France. Its natural resources (oil, gas, gold, diamond, uranium, zinc, lead), and the warming climate opens up new sea lanes in the greed fuelled, in particular the United States, China and Russia. The american base of Thule, in the far north-west of the territory, fact part of the system shield anti-missiles, american.

" ALSO READ - "Trump and Greenland: behind the blow media, a strategic objective"

1 Nate Mitchell, co-creator of the virtual reality helmet... 2 Dick Fuld, ex-CEO of Lehman Brothers, the incarnation... 3 Networks, a paradise of false marabouts in West Africa... 4 Organic Fruits and vegetables : the large distribution... 5 Gaspard Gantzer thinks that there are too many tourists... 6 YouTube is to turn against the propaganda of Beijing... 7 Agreement between London and Seoul, the post-Brexit... 8 Trade war : China has no choice in the face of us... 9 Thousands of small campsites in trouble 10 The financial markets increasingly disorientated by...