The crisis is spreading to hong Kong. Installed in the city-State, the airline Cathay Pacific has announced the resignation of its general manager Rupert Hogg, 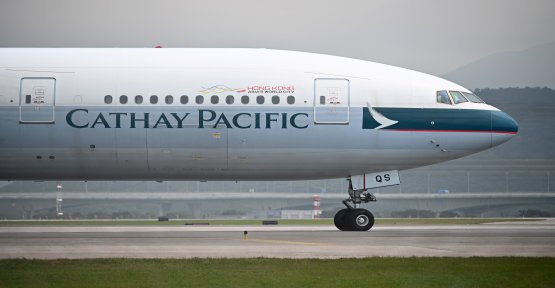 The crisis is spreading to hong Kong. Installed in the city-State, the airline Cathay Pacific has announced the resignation of its general manager Rupert Hogg, as well as its commercial manager and customer, Paul Loo, Friday, 16 August. The company is located in the center of internal tensions, torn between some of its 27,000 employees who have taken part in the protests pro-democracy or expressed their support for the movement, on the one hand, and Beijing, which continues to intensify the pressure on it from the other.

" ALSO READ - hong Kong: why the bomb of inequality has finally exploded

The president of Cathay John Slosar, said that recent events had called into question the commitment of Cathay in terms of flight security and had made its reputation and its brand are in trouble. Rupert Hogg has therefore resigned, "taking responsibility, as an officer of the company, of the recent events," says Cathay in a statement. He will be replaced by Augustus Tang, who heads the Hong Kong Aircraft Engineering company, a company that is part of the group Swire Pacific, as Cathay.

"It is regrettable, because we have always made safety our top priority," responded the president of the company. "Therefore, we believe that it is time to put in place a new management team capable of restoring the confidence and lead the airline towards new horizons", he wrote.

A climate of suspicion,

These resignations occur in the aftermath of other references : the company is put under pressure by Beijing to prevent its employees from supporting the protests that are underway in the Pearl of the orient for several months. The directorate general of civil aviation chinese had demanded one week ago, Cathay, the names of the personnel on board its flights to China, or crossing its airspace, indicating that those supporting the pro-democracy movement would not be permitted on these flights. Since then, Cathay has sacked four members of his staff, including two drivers.

These decisions have led to what some employees think of as a climate of fear and suspicion. Many are afraid of being spied upon by colleagues seeking to publicize their political opinions. "I have the impression that we are reduced to silence. You can't even show his support (in the pro-democracy movement) on social networks ", complained to the AFP an air hostess saying is name Cat. "Many colleagues say that people may send in lists of supporters of illegal demonstrations (the direction of) the company," she adds, "this is really afraid to all the world."

The airline of Hong Kong has also been targeted by the State media chinese. "The four sins of Cathay Pacific Airlines", has titled the people's Daily, the press organ of the communist Party in power, in the listing of the shares of employees in the group considered to be favourable to the protest movement. Analysts believe that Cathay is very vulnerable to any pressure from Beijing. Calls to boycott the company have spread on the social networks and the hasthag #BoycottCathayPacific appeared last week on the site Weibo has generated up to Wednesday more than 45 million views.

The leaders of the company were quick to reassure Beijing by taking their distances relative to the mobilization pro-democracy, promising on Monday to dismiss any employee for supporting or participating in "illegal demonstrations". Swire has published a press release in which he wrote "strongly support" the government of Hong Kong and "share" the vision of the chinese central government.

dissident chinese artist Badiucao, based in Australia, him, is mocked in a cartoon that quickly became viral, summing up the sentiment of the pro-democracy movement and was renamed the airline "Cathay Pathetic" - C transformed into a hammer and sickle, emblems communists.

1 Taxes : who are the French who suffer most from a... 2 The cost of student life is growing again this year 3 The cabinet Valtus began its international development... 4 Cocoa: Korean Messenger launches Klip 5 Bitcoin SV: But no Trinity of chains? 6 IOTA: GoShimmer opens up a new test environment 7 Envion dissolves and leaves aggrieved investors 8 Bitcoin-exchange-Coinbase wants to be the largest... 9 Bitcoin price under $ 10,000: crypto-Scam to blame? 10 Japan surpasses China as the largest foreign holder...

Taxes : who are the French who suffer most from a...