Jeff Bezos, the founder of Amazon and the richest man in the world, promised Thursday that the giant of online distribution would fill with ten years ahead of i 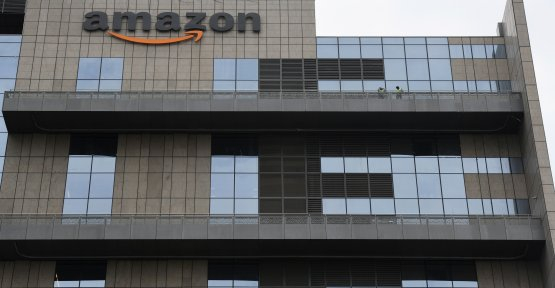 Jeff Bezos, the founder of Amazon and the richest man in the world, promised Thursday that the giant of online distribution would fill with ten years ahead of its engagement in climate in the framework of the Paris agreement.

"My commitment is to fulfill the objectives of the Paris agreement with ten years advance, and Amazon is the first on the list", which must involve other businesses, said Jeff Bezos during a press conference in Washington. "We want to use our influence and of our size to show the way," pointed out Jeff Bezos, promising that Amazon would have a year's carbon emissions neutral by 2040.

Amazon, which has built its success on a huge logistics network of road transport to ensure deliveries faster and faster, is a large producer of greenhouse gases, the main culprits of climate change. The server farms of Amazon, which has made cloud computing one other very important source of profits, they are also extremely energy-intensive.

Call to other companies

"If a company with as much physical infrastructure as ours - which delivers more than 10 billion packages per year - can fulfil the objectives of the Paris agreement 10 years earlier, then all the companies can do it," said Jeff Bezos, pointing out that other patrons had expressed their interest to join this initiative.

"The big companies who sign The Climate Pledge' will send a strong signal to the market to remind us that it is time to invest in the products and services that the signatories will need to comply with their commitments", he added.

The Climate Pledge will require its signatories to a scientific approach to their greenhouse gas emissions, with measures and statements on a regular basis. The member companies will also need to put in place strategies for the "decarbonisation" and getting to neutralise residual emissions "with offsets, additional, quantifiable, real, permanent, and socially beneficial to achieve a year's carbon emissions neutral by 2040," said a press release from Amazon.

Jeff Bezos said that his company was going to order 100,000 of vans electric the american company, Rivian, the first of which will be operational as of 2021. According to the director of operations of Amazon's Dave Clark, this is the most important command of delivery vehicles to electric ever made.

The entire fleet will be deployed by 2030, according to a spokesman for the group. Jeff Bezos had previously pointed out the date of 2024.

1 Aigle Azur: four offers to purchase the fray, Air... 2 On the brink of bankruptcy, the tour operator Thomas... 3 Commerzbank plans to remove 4.300 posts 4 Planes delayed or cancelled: the ranking of the worst... 5 Fuel : Bruno The Mayor, a price increase would be... 6 Ways to Avoid Feeling Restless Despite Having Enough... 7 How to Improve Your Income in Your Retirement 8 Pension, employment guarantee scheme : the advantages... 9 The price of the ham are expected to soar from 5%... 10 The string LCP plans to leave the TNT