After a first quarter particularly dynamic, the creations of jobs in the private sector have experienced a slight slowdown. Between April and June, France has c 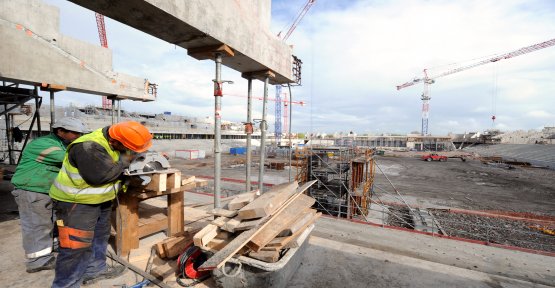 After a first quarter particularly dynamic, the creations of jobs in the private sector have experienced a slight slowdown. Between April and June, France has created 62 100 positions more than it has destroyed compared to 95 600 in the previous quarter, according to figures published by Insee on Friday. On a year basis, payroll employment was up 1.3 %.

The slight decline, however, is not a surprise and is largely a result of the slowdown in economic growth. It grew 0.2% between April and June (compared to 0.3 % between January and march) due to a decline in household consumption. These results are nevertheless encouraging : the situation is improving, employment is rising for 17 consecutive quarters.

In reality, " the element of surprise is the level of job creation, which remains particularly high compared to the weakness of growth ", writes Emmanuel Jessua, director of studies at Rexecode. "So we've got a job-rich growth," says the economist. Which then raises the question of the creation of many jobs in sectors of low productivity such as services and, more broadly, on the low productivity in France...

" ALSO READ - What are the areas that create the most jobs?

the Rise in the construction

In detail, the services still continue to draw in the salaried employment in the private 47 500 jobs created in the net between April and June and 186 300 a year. The construction sector also recorded a robust rise of 0.7% in the second quarter of the new jobs created.

On the other hand, the situation has worsened in the sector on an interim basis. Employment has experienced a sharp slowdown with growth of only 0.1 % compared to 1.3 % between January and march. This sector is particularly exposed to fluctuations in the economic climate.

for the industry, which has been hit hard in recent years, employment has experienced a timid increase of 0.1 %, with 3 000 jobs created. If she refuses to comment on the unemployment figures since she has taken office, the minister of Labour, Muriel Pénicaud, did not hesitate to decide on these new figures. "Payroll employment continues to grow in France, wrote the minister on Twitter. This battle for the job, we will win with our reforms on the ground, to meet the businesses and job seekers, with concrete solutions in each territory. "

" ALSO READ - youth Employment: a priority of the executive

1 Farfetch Off-White, the marriage that déboussole... 2 Severe crisis in the automotive industry in India 3 2039, e-leisure open to all, and responsible 4 The Italian government is a step closer to the end... 5 Food delivery : with the fall of salaries, migrants... 6 How to Keep Your Office Neat and Tidy Every Single... 7 Startup Management: How to Take Advantage of SEO 8 Don't Hesitate to Sell Your House if It's Time to... 9 The Old Camper resists the offensive of the giants... 10 Brussels is concerned about the spread of african...

Farfetch Off-White, the marriage that déboussole...