The future of the two French airlines in crisis is played out Monday in front of justice. Has Evry, the commercial court examines four nomination files to the r 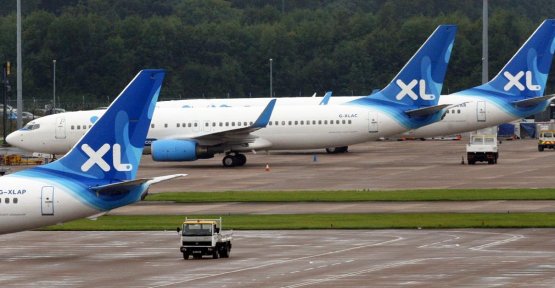 The future of the two French airlines in crisis is played out Monday in front of justice. Has Evry, the commercial court examines four nomination files to the recovery of Aigle Azur, while in Bobigny, france, XL Airways asked its investment in recovery.

Aigle Azur, whose 11 airplanes do not fly any more since September 7, and has been placed in receivership with further activity until Friday, had an appointment at 08: 30 am at the commercial court of Evry, south of Paris. Four candidates have filed offers to purchase for the company, which employs 800 employees in France and 350 in Algeria and has carried almost two million passengers in the past year.

Two former executives of Air France, Lionel Guérin and Philippe Micouleau, offer to resume the "full goodwill" is, 787 employees and "a refocusing of the network on the lines structurally profitable, especially Algeria," according to the takeover offer consulted by the AFP. It is conditioned to the obtaining an equity loan of 15 million euros to the State. A second offer, presented by Gerard Houa, a minority shareholder of Aigle Azur via the company Read'azur, provides for the recovery of 90% of the current fleet and 82.2% of the employees, and funding of 30.4 million euros, "half of which are from M. Houa, and 15.4 million medium-term loan without a suspensive clause", indicated to the AFP Philippe Bohn, a close relative of Mr. Houa.

The other two offers are that of Vueling, the low-cost airline group IAG, which wants to put the hand on a part of slots of Aigle Azur, and an offer in its own name.

XL Airways, which defends it from any strategic error, has declared on Thursday the suspension of payments. She feels to be a victim of the "international competition unbridled" of "low-cost" long-haul, and the weight of taxes and social charges in France, according to its CEO Laurent Magnin.

The company, which has stopped selling tickets from Thursday, warned that it was likely to cancel flights on Monday, the day on which the commercial court of Bobigny, north of Paris, must consider its application for placement in receivership.

The company's long-haul, owned by the holding company, French DreamJet Participations since 2016, "has need of 35 million in order to start afresh", according to Laurent Magnin, who has called Air France to the rescue. Discussions are ongoing between XL Airways and of the prospective buyers, including Air France, said Sunday to the AFP a source close to the folder.

In a joint statement, the Companies of the Travel (travel agencies), the union of tour operators (Seto) and the professional Association of solidarity tourism (APST) said Sunday to be "very favorable to the continuation of the business of the company XL Airways in order to maintain the French flag on destinations that are highly coveted by their customers", including the west Indies and the Meeting. XL Airways employs 570 staff. She carried 730.000 passengers in 2018.

1 Darwin, or how Franprix reinvents itself constantly... 2 In the calanques of Marseille, a vast operation of... 3 EDF: project Hinkley Point C is expected to cost between... 4 Brexit : these sectors who are preparing for the worst... 5 Europe: the netherlands invest to support the economy... 6 The degressivity of the unemployment benefits... Yes,... 7 The government waives the right to restrict the niche... 8 Spice of Life: The Multiple Health Benefits of Turmeric 9 Pensions : the call to the general strike of December... 10 A resignation German revival the sling within the...

Darwin, or how Franprix reinvents itself constantly...