Kering risk a tax adjustment of $ 1.4 billion in Italy

The French group Kering risk a tax adjustment of approximately 1.4 billion euros in Italy, according to a preliminary "audit" of the tax authorities of the Pe 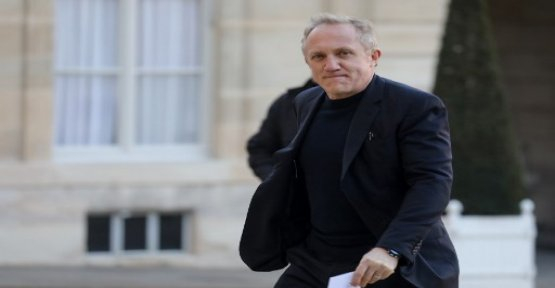 The French group Kering risk a tax adjustment of approximately 1.4 billion euros in Italy, according to a preliminary "audit" of the tax authorities of the Peninsula, which the suspect has declared Switzerland the activities carried out in Italy, what challenges the giant world of luxury.

The group of François-Henri Pinault and his flagship Italian Gucci are the subject of a tax investigation of the public prosecutor of Milan from the end of 2017.

Friday, Kering announced that"an audit team of the tax authorities the Italian finalised a tax audit", according to which Luxury Goods International (LGI), one of its swiss subsidiaries, "would have exercised in Italy of the activities which had to give rise to the payment of corporate income tax in Italy, what Kering disputes", he says in its press release.

"The audit report focuses on the results of the years 2011 to 2017 and the amount of income tax 'réclamable' estimated amounted to about 1,400 million euros," he said.

This audit will now be reviewed within the tax authority Italian "by the service in charge of evaluating the report's conclusions, which will then take its final decision" and shall notify a potential recovery.

Kering says "challenge the conclusions of the audit report to both their foundations and the amounts" and says that he is "confident about the outcome of the ongoing procedure and will continue to cooperate fully and transparently with the Italian tax authorities to enforce all of its rights".

"at this stage of the proceedings", he states "not have sufficient evidence to recognise a provision specific accounting corresponding to a reliable estimate of the risk of recovery incurred".

The Milan prosecutors suspect Kering have charged to the account of LGI, its logistics platform located in Switzerland, activities in fact carried out in Italy to benefit from a taxation system more favorable.

In march, the news website Mediapart said that the French giant would have subtracted about 2.5 billion euros of taxes since 2002, "for the most part to the prejudice of the fisc Italian, but also from France and the United Kingdom".

Mediapart also asserted that, following the purchase of Gucci in 2000, Kering had "rolled out the system designed by the Italian group to all its luxury brands (excluding jewelry), of which the French Balenciaga and Yves Saint Laurent. The house of Saint Laurent has eluded to it only the payment of approximately € 180 million in taxes in France," he wrote.

Friday night also, Mediapart, citing "new confidential documents shared with the media network, the European Investigative Collaborations (EIC), says that Kering has also "saved 50 million euros of taxes paid in Panama, the former boss of its subsidiary Gucci, Patrizio di Marco, at the head of the claw Italian between 2008 and 2014.

In a second statement sent Friday to the AFP after the publication of this article, Kering stated that"it is an individual situation and in connection with legal proceedings pending ; therefore, the group does not wish to express themselves."

in addition, the group says that "the source of the articles of Médiapart on the taxation of the group is a former manager at Kering separated for serious misconduct in 2016, as soon as the group has been able to demonstrate the fraud committed by this individual at the expense of his employer".

"This manager has taken advantage of its functions in order to commit fraudulent acts to the prejudice of the group by diverting several million euros," said Kering, which indicates that it has filed a complaint for breach of trust with the public prosecutor of Milan.

Regarding finally the issue of the opening of a possible tax investigation in France, raised by Mediapart, the luxury group only indicates that "most of the French entities of the group are, or have recently been the subject of a tax audit, which is not abnormal for a group the size of Kering".

1 Hanouna and Schiappa have attracted three times more... 2 Facebook will connect WhatsApp, Instagram and Messenger 3 Why you should not take any decision in the afternoon 4 Case-Carlos Ghosn: Nissan in the United States 5 Deduction at source: what the reform reveals the tax 6 Nanny, gardener... Bruno The Mayor wants to transform... 7 Unemployment insurance: the employer shall suspend... 8 2018, the peak year of start-up companies 9 The (pollutant) recycling of old wind turbines in... 10 In the Philippines, the jeepneys multicolored promised...