Nearly a third of pensioners do not claim their full pension

While many occupations are campaigning against the pension reform desired by the executive, a study of the returns on the pensions enjoyed by our elders. And it 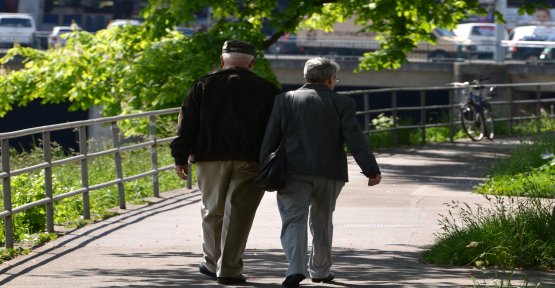 While many occupations are campaigning against the pension reform desired by the executive, a study of the returns on the pensions enjoyed by our elders. And its conclusions are surprising : nearly one-third of retirees, "forget" to liquidate a small portion of their pension, or even want it, not at all, a neglect that causes them a loss of several tens of euros per month, according to a survey published Tuesday by the Drees, the statistical service of the ministry of Health. Some 24% of retirees born in 1942 and enjoyed 70 years, "only a portion of the pensions to which they were entitled, accurately, the statistical service of the social ministries. In total, 32% of pensioners fail to claim all or part of the pension to which they are entitled.

This non-action is most often plans that they have "passed away since many years, and in which they have acquired a few quarters or points for retirement", but it leads to these people in a shortfall of approximately € 40 gross per month in average.

7% of policyholders have not claimed any pension

In addition, 7% of the insured persons of this generation have not claimed any retirement pension: this is for the bulk of foreign-born persons, which they also have validated the more often some quarters in France, and generally in the beginning of their career. Yet, for these persons had not claimed at all, the shortfall "could approach 180 euros gross monthly, according to Drees.

Since mid-2017, the procedures of liquidation of pensions have changed, which should reduce this phenomenon of non-use, observe the authors of the study: the employees of the private, agricultural employees and self-employed persons born from 1953 and who has made contributions to several schemes (Cnav, MSA, RSI) now benefit from a questioner and a pension unique during their retirement. If such a simplified system had existed for retirees born in 1942, one can estimate that they would have collected, on average, 28 euros gross per month extra, according to Drees.

" ALSO READ - Reform of the pension system: the battle is well and truly launched

the authors of the study observe that, since 1 January last, the insured "may make a single application for a pension in line for all of the plans in which they have acquired rights", which is also expected to reduce the non-recourse.

1 In 2019, the communities improve their finances 2 In 40 years, Mcdonald's is the largest restorer of... 3 Despite a buying power increase, the confidence of... 4 Maxime Nicolle alias Flyrider, will there soon be... 5 The Fed lowers its interest rate by 0.25% 6 The report very policy of the act of the programming... 7 Bercy will remove 18 small taxes unnecessary 8 Hercules, this project, which aroused the dissatisfaction... 9 You Can Now Borrow Against Your Car’s Value 10 After Aigle Azur, XL Airways is in turn under threat...

In 2019, the communities improve their finances