Offshore wind: the Council of State validates the park, off Saint-Nazaire

The State Council has validated this Friday the project of park of 80 wind turbines in the sea off Saint-Nazaire (Loire-Atlantique), rejecting the appeal filed 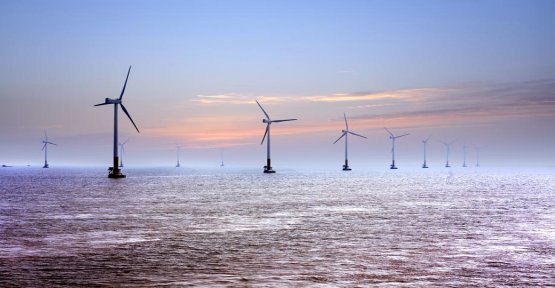 The State Council has validated this Friday the project of park of 80 wind turbines in the sea off Saint-Nazaire (Loire-Atlantique), rejecting the appeal filed by environmental associations, a-t-on learned from the court. Setting the case on the merits, the highest administrative court in france has rejected the requests of the Group of residents for the environmental safeguards of The Baule and of the Association for the protection of the site and the environment of Sainte-Marguerite.

" ALSO READ - Saint-Nazaire, the first museum of wind power in France opens its doors to the public

In the first instance, as appeal, the administrative courts had previously rejected the request of cancellation made by the associations. "This decision of the Council of State confirms the robustness of the project," said Bruno Bensasson, CEO of EDF Renewable, in a press release. "The ruling by the Council of State will allow EDF and Renewable (the canadian company) Enbridge to continue the development of the project, with a view to a final investment decision," adds EDF Renewable in the press release.

The project aims to plant 80 wind turbines of 6 megawatts each on the banc de Guérande, on a total surface of 78 km2 located between 12 and 20 km of the coast. "With an installed capacity of 480 MW, the future offshore wind farm of Saint-Nazaire will provide the equivalent of 20% of the electrical needs of the Loire-Atlantique", according to EDF Renewable.

" The price of offshore wind power in a free-fall

1 93 % of retirees receive a device public solidarity... 2 Thanks to the cloud, the Gafa go to the assault of... 3 Donald Trump raises its threat of trade sanctions... 4 Donald Trump wants to tax it more heavily on the imports... 5 Air France is struggling to reorganize in Corsica 6 New weapons between Renault and Nissan 7 Google deploys in France an ambitious tool to find... 8 Waste sorting : the fast-food chains to sign a contract... 9 The French preferred to save their earnings in purchasing... 10 The third party paid extended child care