Orange continues its growth, supported by the fibre, and 4G

group telecom-Orange has published on Thursday a net profit up 6% on the year 2018, to 1.95 billion euros, thanks to growth of its sales in all of its markets. 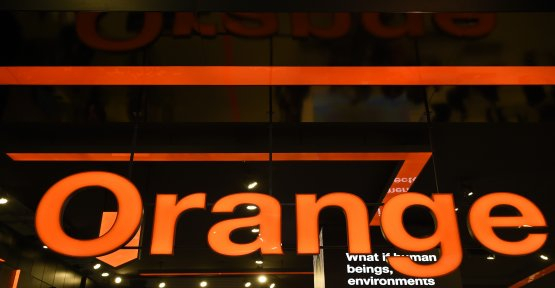 group telecom-Orange has published on Thursday a net profit up 6% on the year 2018, to 1.95 billion euros, thanks to growth of its sales in all of its markets. The incumbent French has seen its turnover grow by 1.3% over the past year, 41,38 billion euros, with an improvement of 0.6 points to his margin of gross operating surplus adjusted, relative to 2017.

" READ ALSO - The telecom operators in the race for investment

"With growth in sales and excellent commercial performance across all of our geographies, the year 2018, confirms the pertinence of our strategy to focus on the fibre, 4G and convergence", welcomed the CEO of the group, Stéphane Richard.

The group benefits in particular from the very good health of its markets in Africa and the Middle East, "which is contributing almost half the growth" carried out over the past year, to 5.2 billion euros of turnover. Orange particular benefits of the 4G in different markets of the area, with 50% of additional customers, with 16.7 million customers out of a total of 120 million customers in mobile.

On the France, which remains the principal market of the group, sales are up 0.9% to 18.2 billion euros, a slight acceleration compared to 2017, "despite a market that remains very competitive." The operator claims 111.000 subscribers additional mobile over the last quarter, and 71.000 subscribers on the fixed, mainly because of the fiber (+186.000).

On the whole areas, Orange claims now 10.9 million customers convergent (+5,5%), that is to say, possessing both a mobile and fixed, then that 203,62 millions of customers are using the mobile network at 31 December (+0.6%) and that 20.13 per million subscribers have a fixed broadband. In Europe, "the heart of our strategy in Europe," recalls Ramon Fernandez, the chief financial officer of the group, the customer base, convergent has gained more than 30%.

In terms of prospects, Orange confirms expect a more modest increase of its adjusted Ebitda (which is now presented "Ebitda after lease") in 2019 vs. 2018 and to increase its cash flow, both on a comparative basis.

" The consolidation is on the way in the telecoms

1 The nightmare of a farmer in conversion to organic 2 Unemployment insurance: the government takes the hand 3 In the North, recruiters and the unemployed make the... 4 Facebook accused of pressuring children to make in-app... 5 The largest factory of Nutella in the world will reopen... 6 When inflation predicts the ups and downs of the movement... 7 Directories paper will not be distributed from December... 8 The idea of paying internet users for their personal... 9 Ford, Ascoval, Alstom...: backhand industrial multiply... 10 This tower too which disfigures the view on the Acropolis

The nightmare of a farmer in conversion to organic