The CEO of the operator Orange, Stéphane Richard, has been estimated Thursday on France 2, that it was "conceivable" to come to also cut off the signals of th 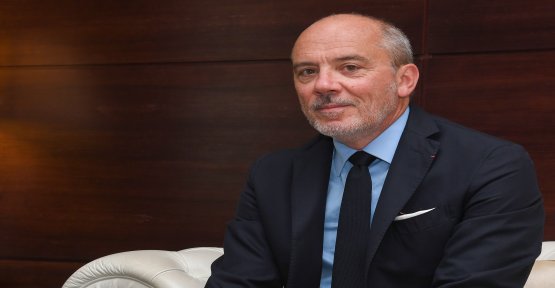 The CEO of the operator Orange, Stéphane Richard, has been estimated Thursday on France 2, that it was "conceivable" to come to also cut off the signals of the channels of the group Altice, BFMTV, RMC Découverte and RMC Story, and in the absence of future agreement on the compensation.

" ALSO READ - BFMTV fall after his ouster of Freebox

"We don't want to get to the same point but it is possible to cut also the signal if there was no agreement," confirmed Stéphane Richard, recalling, however, that the two groups were not there yet since the end of the agreement between Altice and Orange, which was initially planned in September, has been postponed.

"We have a position aligned with that of Free, we consider that there is a balance between the publishers of strings and the operators we are: in carrying free of charge the channels we can ensure a hearing, without request of compensation in return", has detailed the CEO of the historic operator.

" ALSO READ - Between Altice and Free, the link is disconnected

"The question is not the amount of the cheque, we will pay if there is an additional service provided to the consumer, not in the contrary case", he insisted.

The group Altice, parent company of channels BFMTV, RMC Découverte and RMC Story as well as the operator SFR and its rival Iliad, parent company of Free, has not managed to reach agreement concerning the broadcast of the three channels of Altice via the Freebox, resulting in since Monday, the cut of their broadcast via ADSL and fibre.

1 Panic around the inversion of the yield curve in the... 2 Opiates: 572 million fine, but Johnson & Johnson escapes... 3 Accounting in part for the aid to the stone 4 Track 3 from the Orly airport, rebuilt: a gigantic... 5 The putschists of Aigle Azur apart, a provisional... 6 Edition : Hachette in the top three global 7 Pierre Gattaz was right: the companies have created...... 8 Sponsorship : the big gifts will be less tax exempt 9 Bercy welcomes a new delegate to the restructuring... 10 The account of the owner of Twitter @jack briefly...

Panic around the inversion of the yield curve in the...