The bio has the wind in its sails. Between 2016 and 2018, the value of purchases of organic products rose by 36%, according to the Agence bio. The Face of the d The bio has the wind in its sails. Between 2016 and 2018, the value of purchases of organic products rose by 36%, according to the Agence bio. The Face of the different alerts on the health risks of conventional products, more and more French are turning to organic products, which naturally increases the value of sales in supermarkets (market share up 45% to 49% over the period). However, according to a study by UFC-que choisir, the mass distribution would change this is for inflating its margins, and so "overcharging" the consumer. According to the association of defence of consumers, their margins on fruit and organic vegetables are, on average, 75% higher than those applied to conventional products. A gap that is very important, that the association was estimated already to 79% in 2017.

to achieve this result, the UFC has worked on the basis of the official quotation published for 24 fruit and vegetables, carried out by the Network of new markets. Thus, we learn that the margins on the onion, the garlic or the carrots are the same (in value) in organic and in conventional farming. On the other hand, "surmarges" would be applied to "the products most consumed". For example, the margin on the sale of a kilo of apples rises 149% if they are organic and 165% for the leek filling in the same criteria.

The margin rate is more important on the conventional farming

If these figures are accurate, they mask a more nuanced reality. In fact, the prices of agricultural of a fruit or vegetable is organic, basic, higher than that of the same product produced from conventional agriculture. The UFC-que choisir also mentions this point and figure the difference to 70%. Thus, the higher cost of a product will result in proportionally a greater margin.

To find out if the large distribution makes really surmarges on certain products, it would be more appropriate to calculate the rate of product gross margin, that is to say, the portion of the purchase price as a percentage, which represents the procedure performed. According to the UFC, the annual budget of a household is consuming organic fruits and vegetables (estimated to be 657 euros) and is divided into three parts: 335 euros price for the agricultural, 287 euros of gross margin and 35 euros of VAT to 5.5%. It then falls on a margin rate of 43% (the ratio of the gross margin in euros and the sale price in euros). Then, for a basket from the conventional agriculture, the association separates the numbers as well: 186 price euro agricultural, 173 euros of gross margin and 20 eur of VAT to 5.5%. The margin rate can climb to 45%. By comparing these two figures, we can see that the rate of margin applied to the products of conventional agriculture is higher than that applied to products from organic agriculture, even if in terms of value, the great distribution will be a higher profit margin on organic products. In addition, it is true that on some products, like the apple, the gross margin is higher on the side of the bio.

The study request to change the margin rate on organic agriculture

The UFC-That Choose evokes this through to the end of his study, and then tries to justify his point. "Because if the margin rate is now slightly lower than for the bio, it should not be wrong: for consumers, what counts is not the rate of margin, but the margin amount which they must pay". The association for the defence of consumers complains to large surfaces to apply a margin rate close to those applied to conventional products, which is translated inevitably by a margin in euro much higher on the bio".

" READ ALSO - With the heated greenhouses, the bio makes a step to the mass production

In its study, the association believes, finally, that "if the mass distribution applied to organic, the same margin as conventional, the annual budget of a consumption of organic fruits and vegetables would decrease by 18%, or 121 euros saving per household". This is true, but in this case the margin rate gross organic products would fall to below 50%, i.e. almost two times less than the rate of margin of the products from conventional agriculture. It would appear, finally, in this specific case, that the fixing of margins for the large-scale distribution does not obey not arbitrary, but the rules of mathematics.

1 Gaspard Gantzer thinks that there are too many tourists... 2 YouTube is to turn against the propaganda of Beijing... 3 Agreement between London and Seoul, the post-Brexit... 4 Trade war : China has no choice in the face of us... 5 Thousands of small campsites in trouble 6 The financial markets increasingly disorientated by... 7 Ferdinand Piëch, at the origin of the emergence of... 8 A Russian customer assigns to Boeing in justice to... 9 Internet : the Gafa weave their Cloth under the sea... 10 PewDiePie has surpassed the 100 million subscribers... 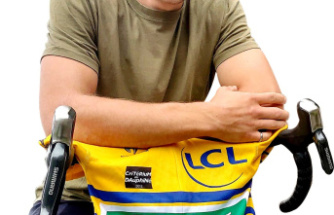 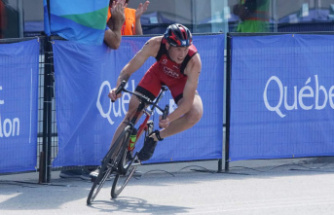 Gaspard Gantzer thinks that there are too many tourists...