Oysters: concern for the appellation of Marennes-Oléron after a court decision

A court decision sows the seeds of concern about the validity of the PGI (protected geographical Indication) of the oysters of Marennes-Oléron, in which a court 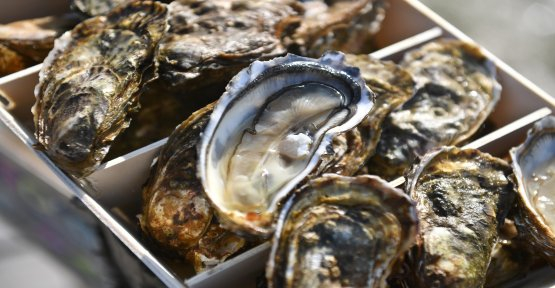 A court decision sows the seeds of concern about the validity of the PGI (protected geographical Indication) of the oysters of Marennes-Oléron, in which a court of La Rochelle has found the specifications to be contrary to european law, at the risk of casting doubt on other IGP French. The criminal court of La Rochelle has published on Thursday its judgment, delivered on 7 February.

The case began with the indictment of two oyster growers in the Charente-Maritime continued to be marketed oysters of Marennes-Oléron without having complied with the specifications of the PGI, which imposes a stay of refinement in the clear before the placing on the market.

The IGP provides in effect that after some two years spent in parks, oysters must be "refined" in the clear, ponds, clay, shallow to fill a rising tide and retain water when the sea withdraws. Exposed to the sun, they promote the development of the phytoplankton on which the oysters are gung-ho, which gives them their particular taste.

The oysters were coming from parks based in Ireland

But it is an offence to the IGP that has caught the attention of the court : the oysters came from parks based in Ireland so that "the specifications of the PGI Marennes-Oléron provides that the producers of the area in question may provide in the oyster 'of the different regional sections of the shellfish farming on the French atlantic coast'", note to the judgment of the court consulted by the AFP.

"such A definition, which excludes, without motivating the other sources of the atlantic such as Ireland, Portugal or Spain, introduced a quantitative restriction prohibited by the texts. The specifications of the PGI in question, as it is designed, not being in conformity with the european law, the deception continued, is not made up", have estimated the magistrates.

This decision unworthy of the president of the grouping quality of Marennes-Oléron, Laurent Chiron : "of course it is discriminatory ! An IGP is a know-how in a territory. The european Commission has asked us to prove historically the origin and method of production before we grant the label !", he says.

beyond the case of oysters, Laurent Chiron is concerned for the 216 labels IGP as identified by the INAO (national Institute of appellations of origin and quality, under the tutelage of the ministry of Agriculture).

"What is said in this judgment is the end of the IGP because of Marennes-Oléron is not an exception. We lifted the cover by Marennes-Oléron, and it was discovered that a whole bunch of things not working. It will be necessary to revise hundreds of specifications. A crisis meeting should be set up at the ministry of agriculture with the INAO. In the meantime, we're waiting to see if the services of the State come we withdraw our IGP and then we'll see if the oysters of Marennes-Oléron still exist", rants and raves there.

Interviewed by the AFP, and after having consulted its legal services, the INAO wants to be more reassuring : "The judge has not pronounced the illegality of the specifications of the IGP. She refuses to apply the penalties which condition the non-compliance", swatch Laurent Faithful, delegate territorial Aquitaine-Poitou-Charentes.

ALSO READ - Size, variety, from... How to choose oysters for the holidays ?

1 Er: the return on three-month conflict 2 The euro area provides an embryonic budget 3 Studios and 2-room : check out the rents on a city-by... 4 Bonus-malus : the reform of Pénicaud is accurate 5 How to balance investments and ecology? 6 The French companies from the renewable push hard... 7 Riyadh and Abu Dhabi call for secure energy supplies 8 Karatbars Is In the Forbes Prominent Blockchain List:... 9 The direction of the Nice-Matin is critical of the... 10 Xavier Niel will become a shareholder of Nice-Matin

Er: the return on three-month conflict