PSA removes half of its workforce in China

The counter-performance had lasted for far too long. While sales of PSA in China will only continue to decline in the past five years, and the financial losses 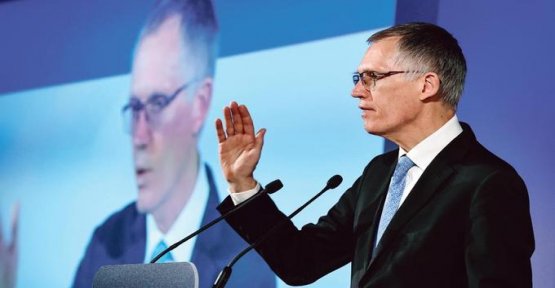 The counter-performance had lasted for far too long. While sales of PSA in China will only continue to decline in the past five years, and the financial losses accumulate, the chairman of the management board of renault, Carlos Tavares, attempts finally to act.

" ALSO READ - Brexit: to deal with a "no deal", companies reduce the sail across the Channel

According to a document that Reuters was able to consult, PSA Peugeot Citroën and its chinese partner Dongfeng have decided to delete several thousand posts in China and to get rid of two of the four assembly sites that they hold in common in the country

4000 posts deleted in the chinese factories

The joint venture, Dongfeng Peugeot Citroën Automobiles (CAPD), based in the centre of China, Wuhan, will divide by two the number of its employees to bring it down to about 4000 via the closure of one of its four sites, and the sale of another.

According to the document, these decisions are the fruit of an agreement signed last month between Carlos Tavares, and Zhu Yanfeng, president of Dongfeng. The two carmakers declined to comment in detail on the projects of restructuring of their joint venture. "We are working with all our partners to improve the overall performance of our business in China, ( ... )," said a spokesman for PSA.

" ALSO READ - sales of PSA falling in the first half

last year, the French industrialist has lost more than 300 million euros in the country and the chinese sales of PSA fell to 251.700 against a peak 731.000 in 2014. In the first half of 2019, the sales decreased to 62.1 %, while the decline in the market was 12.4 %, according to the china Association of automobile manufacturers.

The part of Dongfeng in PSA possibly challenge

If the agreement does not give satisfaction, two sources close to the French manufacturer said that this could encourage Carlos Tavares to put an end to the partnership, old 27 years, with Dongfeng, which holds 12.2% of PSA. Or to stop any activity in China. "We are on the verge of having to withdraw from the chinese market. The situation is as serious as this," said one of the sources.

PSA is trying to improve its performance in China in circumstances which are not favourable to the industry. After having been for years the cash cow of the sector, with rates of double-digit growth, the chinese automotive market contracted in 2018 for the first time since the 1990s. And, under the blow of trade tensions between china and the us, he would still need to shrink by 5% this year.

But even before the downturn of the market, many manufacturers western had begun to experience difficulties in China, in part due to a consumer trend of countries to favour local manufacturers.

The problems of PSA in China date back further still: it has been five years that the sales of the group collapse on the chinese market and the group has lost 400 million euros, its stake in CAPD, bringing its valuation to $ 500 million. "We will not abandon the party. We are continuing the implementation of our action plan aimed at reducing fixed costs," said the spokesperson of the PSA.

1 Reforms : criticized, Muriel Pénicaud is proud of... 2 Job creation rose slightly in the second quarter 3 Farfetch Off-White, the marriage that déboussole... 4 Severe crisis in the automotive industry in India 5 2039, e-leisure open to all, and responsible 6 The Italian government is a step closer to the end... 7 Food delivery : with the fall of salaries, migrants... 8 How to Keep Your Office Neat and Tidy Every Single... 9 Startup Management: How to Take Advantage of SEO 10 Don't Hesitate to Sell Your House if It's Time to...