Peak summer consumption of electricity in France this Thursday

A peak summer consumption of electricity has been reached in France on Thursday at 12.40 PM with 59.460 megawatts, almost as much as at the record seasonal June 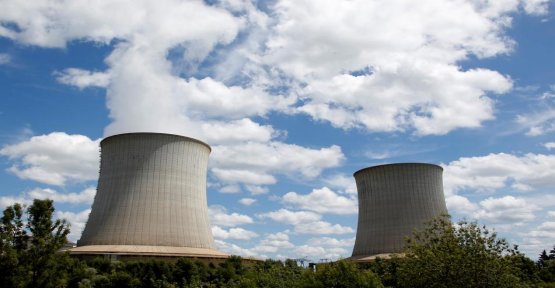 A peak summer consumption of electricity has been reached in France on Thursday at 12.40 PM with 59.460 megawatts, almost as much as at the record seasonal June 22, 2017 (59.500 MW), has announced the RTE, the manager of the high voltage network, in the heat. "This is really the pic for the summer," announced a spokesperson of the RTE to the AFP. It descends from. Even if we were to have another episode of heat wave during the summer, there will be no pic of this magnitude because from July, the economic activity will slow and the power consumption levels will be lower."

The electricity consumption increases in periods of high heat because of the use of fans and air conditioners. France suffers from the intense heat and the pollution that accompanies it since the beginning of the week and for several more days. "It is very close to the historical peak but it is not expected in the summers to come notable increase in the consumption even if the number of equipment such as air conditioners increase, because of increasing fuel efficiency of equipment and buildings," added the spokesperson of the RTE.

the average of The maximum temperatures recorded on Wednesday in France (34,9°C) has already set a record for the month of June, said Meteo-France. The mercury still had to go up a notch this Thursday on France, where heat records are expected by the end of this week with a peak of ozone pollution and renewed calls to the vigilance of the authorities in the face of health risks. On Thursday morning, the vigilance orange was always 78 departments. For Friday, of "exception" are announced in the low valley of the Rhone, 42 and 44°C, while the paris region will be Saturday, its hottest day (between 38 and 40°C). RTE estimates that each degree above-normal temperatures of the season translates into an increase in consumption of 500 MW, or the equivalent consumption of the city of Bordeaux.

the manager of The network, assured on Monday that "the electricity supply should be ensured without difficulty during this week's heat wave". The production of electricity will indeed be "largely sufficient" to meet demand, with a total of 77.700 MW of generation available, which 45.900 MW of nuclear power. RTE had estimated in early June that France should have enough electricity this summer, even in the event of a heat wave, thanks to a good availability of nuclear power and the development of renewable energy. EDF, for its part, informed the AFP that the heat wave would not have "for the moment, no impact envisaged on nuclear generation, that is to say that there would be no need to stop the reactor to comply with the authorisations for the discharge of heat into water courses.

" also Read - This heat wave in June 2019 will it have an impact on the French economy?

1 Ford announced the elimination of 12,000 jobs in Europe 2 When the elected CFE-CGC will take to Iron Man or... 3 Station F changes size with the creation of 600 homes... 4 Boeing 737 Max : the sky darkens after the discovery... 5 Carlos Ghosn, a silence that makes noise 6 Expatriates : the ranking of the most expensive cities... 7 How to Get Classy: Style 101 by Indian Model Karan... 8 The business gold couple's Obama 9 The certificates of energy savings to the rescue of... 10 Boeing presses the parking lots of its employees to...

Ford announced the elimination of 12,000 jobs in Europe