Penalized by Nissan, the net profit of Renault falling in the first half

Drop volume, collapse of profits and a downward revision of sales target for the year: Renault has been caught up in the first half by the automotive industry c 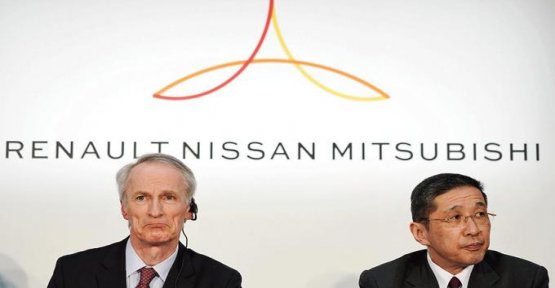 Drop volume, collapse of profits and a downward revision of sales target for the year: Renault has been caught up in the first half by the automotive industry crisis and the difficulties of its partner Nissan. The group renault has published this Friday a net profit, divided by two, to 970 million euros in the first half.

Renault has been heavily penalised by Nissan, of which the net profit collapsed 95% from April to June. In big trouble, the japanese ally, of which Renault owns 43%, has announced 12.500 jobs. His contribution to the group's results for the diamond became negative from January to June, representing a cost of € 21 million, whereas it was traditionally a big contributor to the profits of Renault. Last year, over the same period, the stake in Nissan, with which relations have worsened considerably since the arrest of former boss Carlos Ghosn in Japan in November, had reported 805 million euros.

" ALSO READ - Nissan sinking a little more in the fog

But Nissan does not explain everything. In the first semester, the turnover has declined by 6.4% 28,05 billion euros. The scope of consolidation and constant exchange rates, the decline is slightly less pronounced at -5%. Renault (with the brands Alpine, Dacia, Lada and Samsung Motors), which failed to merge in the spring, with Fiat Chrysler had already announced a 6.7% decline in its volumes sold in the first half of the year, to 1.94 million vehicles. On 2018, the sales of Renault had already declined from 2.3% to 57.4 billion euros.

The French group, very exposed to international markets, with half its sales outside of Europe, is caught up by the crisis in the automotive sector. While it provided for a global market decline of 1.6% year-on-year, it now expects a decline more than twice. Renault sees including its sales drop in Argentina and Turkey, two countries in economic crisis.

But its sales are also affected by the closure of the iranian market since August 2018, due to the us sanctions, as well as by the decline of diesel engines in Europe. Renault manufactures this type of drives for the account of its partners Daimler (Mercedes) and Nissan. The group aimed to 2019, an increase in turnover in foreign exchange rates and perimeter constant. "Taking into account the deterioration of the request", the French manufacturer "now provides" that it will be "close to last year".

" ALSO READ - Nissan and its chief executive under pressure

The operating margin, indicators follow-up because that is representative of the profitability of the business, has dropped from 13.6% to 1.65 billion euros, representing 5.9% of sales is 0.5 point lower than last year over the same period. In addition, the net cash flows of the automobile have become strongly negative in the first half, to -716 million euros, whereas they were positive from 418 million euros last year. Renault has justified this situation by an increase of investments of 742 million euros.

Nonetheless, the group confirms its objective of an operating margin of around 6% in 2019, and a positive cash flow over the year. "In a context that is more difficult than expected, the Renault group has maintained its course and achieved performance consistent with our expectations for the first part of the year," commented the director-general Thierry Bolloré, quoted in the press release.

" Renault suspends its investments in the group Challenges

1 Ice creams and sorbets: how professionals are facing... 2 Make the spending of the tourists, an economic stake... 3 Pension reform: the calendar folder, the most explosive... 4 These occupations shunned by the French, who turn... 5 Trump and Johnson promise a free trade agreement ambitious 6 Nuclear : Tricastin, Flamanville, same fight 7 Renault is suffering in a difficult economic climate... 8 Bank charges abroad : which bank is the cheapest ?... 9 Unemployment insurance: the agri-food denounces a... 10 The London stock Exchange ready to diversify

Ice creams and sorbets: how professionals are facing...