Public service reform : the deputies and senators to come to an agreement 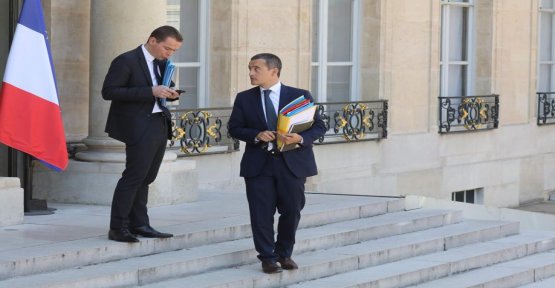 the Deputies and senators are reached on Thursday an agreement on the draft law of "transformation of the public service" which provides in particular an increased use of contract and a failure mechanism in the conventional as in the private, a-t-on learned from sources that the parliamentarians. The conclusions of the joint mixed committee must still be approved by the two assemblies for the text to be finally adopted. The Assembly vote is scheduled for July 17 and the Senate on July 24.

The agreement has been hailed by many actors. The secretary of State in charge of public Service, Olivier Dussopt, welcomed on Twitter that "all the objectives of the @gouvernementFR (to be) achieved". Similarly, the president of the Law commission of the Assembly, Yael Braun-Pivet (LREM), praised the "successful negotiations". His counterpart in the Senate, Philippe Bas (LR) said he is "very satisfied", pointing to the AFP that "many elements of the work of senators have been devoted".

in particular, He highlighted the "new flexibility for mayors" - with particular the supervision of the exercise of the right to strike in the territorial public service that is introduced by the upper chamber, as well as the exclusion of advisers athletes (CTS) of the device of "detachment" automatic in the case of outsourcing of the service.

The text remains criticized by elected representatives of the left, who see it as a risk of embrittlement of the public service. Senator Jerome Durain (PS) lamented on Twitter that "many of the advances in the field of ethics of public life or the equal representation of women and men" obtained by the Senate, may not have been retained. "By opening widely the use of the contract, the government does not abolish the statute ; it circumvents it, compounding the insecurity for all", he also regretted.

The bill, which is designed depending on the government to give "new flexibility" in the public service, for 5.5 million officers distributed between the State (44%), local authorities (35%) and hospitals (21%).

1 The digital has broken the codes of the luxury, now... 2 The escape game between colleagues, a format which... 3 The Europe of the battery expands to Poland 4 Reform : the circle of economists is critical of the... 5 After a strong resurgence since January, the morale... 6 How France is moving towards a zero cash 7 What is the tax Gafa, who has just been adopted by... 8 Tips to Help Win the Hearts of Your Future In-laws 9 Casino : Société générale gets 3.4% of the share... 10 Heated debate about the rights of customs on aluminium...

The digital has broken the codes of the luxury, now...