Search engines: Google will pay for its competitors ' chosen in its place on Android

Forced to propose various search engines on its Android operating system, Google is going to charge its competitors through an auction system where a user will 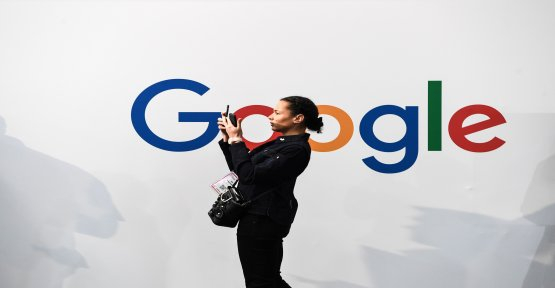 Forced to propose various search engines on its Android operating system, Google is going to charge its competitors through an auction system where a user will select, the company announced Friday. On July 18, 2018, the european Commission imposed a record fine of 4.34 billion euros to Google for having abused the dominant position of Android in order to establish the hegemony of its online search service. Starting in January, the Android phones and tablets for sale in Europe where Google Search has been pre-installed appear when they first use a specific screen to choose its default search engine from among four choices, including that of Google.

" ALSO READ - Android: the EU has imposed a record fine of 4.34 billion euros to Google

To select its competitors, Google announced that it would organize each year of the auction by country. "The search engines will show the price that they are willing to pay each time a user will be selected," said Google in a explanation page on the website of Android. Above a price floor, the three highest bids will appear in a random order on the selection screen, to the sides of the engine house. Each month, Google will send an invoice to its competitors, the amount of which will be calculated based on the number of users chosen on this screen.

" ALSO READ - Abandonment of Android, appeal to consumers: B maps to Huawei for Google

The search engines have until 13 September to submit their candidacy to the auction, whose results will be made public on October 31. "An auction is a method that is fair and objective to determine which search engines will be included on the selection screen. This allows them to decide the value of their presence on this screen and to bid based", has justified the american giant. The search results of Google are very popular on the internet, the us giant controlling about 90% of the search market in Europe, according to EU data.

1 At the edge of the rupture, drivers Deliveroo are... 2 Total welcomes every day more than a million motorists... 3 Name change in perspective for WhatsApp and Instagram... 4 The art market lack of large pieces to sell 5 Air France: Ben Smith convinces the pilots to take... 6 Dismissed, they still had access to the servers of... 7 Get a Firestick for your all home entertainment purposes 8 The conflict Japan-Korea threatens the price of smartphones... 9 Amazon pass on the tax Gafa out of 10,000 SMES and... 10 Can we really rely on the reviews on Tripadvisor ?...

At the edge of the rupture, drivers Deliveroo are...