Sponsorship : the big gifts will be less tax exempt

Generate 80 million euros of savings for 2021. This is one of the consequences expected from the reform of the sponsorship, initiated in mid-July by the governm 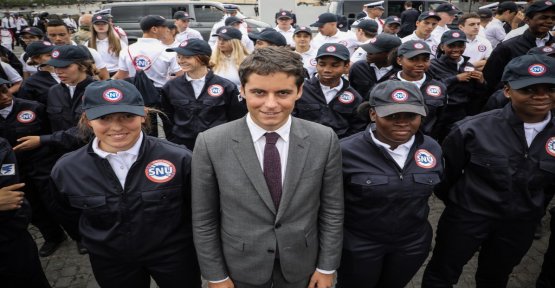 Generate 80 million euros of savings for 2021. This is one of the consequences expected from the reform of the sponsorship, initiated in mid-July by the government. In an interview with les Echos, the secretary of State to the minister of national Education and youth, Gabriel Attal gives more details on the reforms to come. "We have found a point of equilibrium. The businesses that give more than 2 million euros per year will see their rate of tax from 60% to 40 % for amounts that exceed this threshold. This will only apply to 78 large businesses whose donations exceed today this sum."

" ALSO READ - taxes on inheritance have exploded since 2012

The skills-based sponsorship is also referred to : "The wages tax exempt sponsorship of skills will therefore be able to more than three social Security ceilings, or approximately € 10,000 gross per month," he says. Another component of the project : the reform of forced heirship, or the minimum setback of the heritage entitled heirs. The secretary of State considers that "the reserved portion of flange gifts and donations to associations and foundations." He wants a "relaxation" of the rule.

The associations of aid to the most deprived, which allow donors to claim deductions additional tax under the act Coluche, will not be affected by the reform of the government.

A recent drop in donations

The recent reforms, including the reform of wealth tax and withholding at the source, have led to a decline in donations. An evolution is denounced by the associations.

" ALSO READ - Sciences Po: the "route" rather than the competition, a leap back to the meritocracy

The secretary of State said yet don't be afraid to drop donations in the long term. "Today, more than one company out of three does not request the tax deduction to which it is entitled for his gifts ! They undertake because they feel that they have a responsibility, because consumers expect it, and because their employees – especially young people – ask them more and more." says he to the Echos.

Prevent the excesses of the patronage

For Gabriel Attal, this reform will ensure the durability of the device while preventing the drift : "The sponsorship gives rise to a tax deduction, but the expense is not directly useful to the company. It funds the general interest. Our aim is that the sponsorship does not become a niche tax, it is for this reason that it is necessary, in a pragmatic way, to prevent abuse."

" ALSO READ - France's European champion of the taxation of estates

the question of The image of the sponsorship, sometimes seen as an obvious form of tax deduction, is central : "if the sponsorship becomes viewed as a mechanism for tax optimization, it will eventually be challenged in its very principle."

1 Bercy welcomes a new delegate to the restructuring... 2 The account of the owner of Twitter @jack briefly... 3 The top regions and cities where child care is most... 4 Bouygues Telecom pulls the telecoms market 5 The return of retro products in the big distribution... 6 The SNCF is preparing for the big bang to the end... 7 Marc-Olivier Fogiel: I wish that the conflict with... 8 Sanofi: the challenges of the new boss to restore... 9 Electric cars, 80 km/h: what is the law mobility 10 Nail Fungus: Methods to Aid in Recovering Quickly

Bercy welcomes a new delegate to the restructuring...