The Fed lowers its interest rate by 0.25%

From our correspondent in Washington In spite of the opposition of three of the ten voting members of its monetary committee, the federal Reserve again reduc 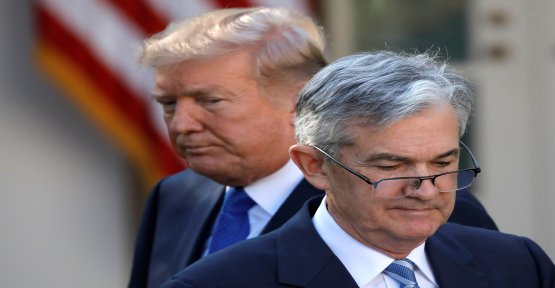 In spite of the opposition of three of the ten voting members of its monetary committee, the federal Reserve again reduced its key interest rate. The decrease of 0, 25% of the Fed funds rate" door from 1, 75%, and 2% the range of rates at which the Fed lets banks lend liquidity in the very short term.

Jay Powell, the boss of central bank of the United States, recognizes the strength of the employment and the recent increase in household expenditure. But he justifies his decision by citing the weakness of investment and exports.

Two of the three committee members who will vote against the lowering of rates, wanted it to remain unchanged. But the third, James Bullard, President of the Fed of St Louis, called 0, a 5% decrease.

Already 0, 25%, of the previous reduction of the Fed funds rate" at the end of July had been presented as an "insurance policy" against the risk of slowing down excessive conditions. Since then, job creation, slow down a little, while the manufacturing sector shows some signs of contraction, and that the investment is misdirected. We see in these trends the direct effects of the trade war, particularly with China. But the risks of Brexit and the weakness of European growth, deter also the american companies to invest, " says Jay Powell.

" ALSO READ - Recession in the United States: understanding the risk that is of concern to the world

On the other hand, driven by full employment, consumption, which represents more than two-thirds of GDP, recovered in the course of the summer. If the growth in annual rate during the third quarter is estimated to be nearly 2%, i.e. as much as in the second quarter, but less than 3, 1% from January to march.

For the moment, the increases of customs duties on imports of chinese goods have had a limited effect on consumption because they have mainly targeted the intermediate goods. However, the new sanctions announced in September will reach to consumer products, which will represent a drain of purchasing power for americans.

Worried about the slowdown in Europe and China, and as inflation is near the target of 2% set by the Fed, Jay Powell and his colleagues to reduce again the cost of money, but the likelihood of future rate cuts appears to be decreasing.

1 The report very policy of the act of the programming... 2 Bercy will remove 18 small taxes unnecessary 3 Hercules, this project, which aroused the dissatisfaction... 4 You Can Now Borrow Against Your Car’s Value 5 After Aigle Azur, XL Airways is in turn under threat... 6 Jeff Bezos promises that Amazon will fulfill its commitments... 7 Aigle Azur: four offers to purchase the fray, Air... 8 On the brink of bankruptcy, the tour operator Thomas... 9 Commerzbank plans to remove 4.300 posts 10 Planes delayed or cancelled: the ranking of the worst...

The report very policy of the act of the programming...