The G7 Finance find a consensus on taxation of the digital

The G7 Finance ministers have found Thursday a consensus to tax the giants of the digital, paving the way for an international agreement, said on Thursday the F 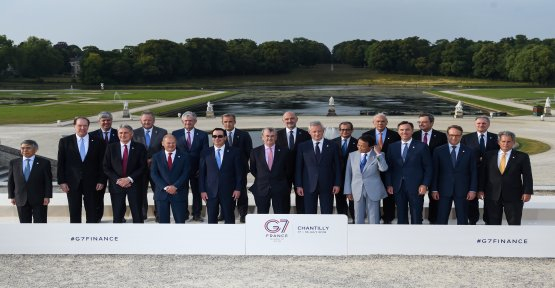 The G7 Finance ministers have found Thursday a consensus to tax the giants of the digital, paving the way for an international agreement, said on Thursday the French presidency at the end of the meeting in Chantilly, north of Paris.

"The Finance ministers agreed on the urgency to cope with the fiscal challenges posed by the digital economy," said the French presidency in its final declaration of the meeting of the G7 Finance.

The French minister Bruno Le Maire, welcomed this "agreement" G7 "to tax the activities without a physical presence, in particular of digital activities", he explained at the final press conference of the meeting. "This is the first time that member States of the G7 are agreed on this principle", he stressed.

The consensus of the seven most advanced economies gives a boost to the negotiations that are currently taking place at the OECD to find an international agreement on the taxation of the digital.

"If we cannot find agreement at the level of the G7 on the main principles of the taxation of the digital today or tomorrow, and frankly it will be difficult to find an from 129 countries to the OECD", had warned the French minister before the opening of the meeting.

The United States has hardened its position

however, the United States had hardened its stance a week ago was opening an investigation which could lead to retaliation against France for its decision to impose this early in the year the giants of the digital world.

During the press conference, Bruno Le Maire, welcomed the good relations with his american counterpart Steven Mnuchin, calling the talks in Chantilly "friendly".

Faced with the risk of multiplication of projects of taxation of the giants of the digital -- by France but also other countries such as the Uk, or even Spain -- the United States have unlocked in the beginning of the year negotiations within the OECD, which had not advanced for several years.

1 Brake on the growth of Netflix 2 When the robots will respond to offers of employment... 3 Life insurance tends to become more elitist 4 With The Lion King, Disney continues its winning strategy... 5 How TikTok has conquered the teens of the planet 6 Rums Trois Rivières under the Italian flag 7 According to Darmanin, the French would soon be able... 8 With the Tour de France, the audiences of France 2... 9 Global Box office: the Avengers put an end to the... 10 France obtains a neighboring right for press

Brake on the growth of Netflix