The G7 Finance ministers meet on Wednesday and Thursday, near Paris, on a background of tensions in franco-u.s. tax on the giants of the digital, but also to ta The G7 Finance ministers meet on Wednesday and Thursday, near Paris, on a background of tensions in franco-u.s. tax on the giants of the digital, but also to talk about the project of virtual currency of Facebook.

Officially, the objective of the G7 Finance, which meets at Chantilly (Oise) north of Paris, is to "open the way between the seven countries which are economically more powerful of the planet to the reduction of inequality and tax justice," said a French source.

" SEE ALSO - Tax Gafa: The Mayor denounced a "threat" in the United States

behind-the-scenes, this preparatory meeting of the summit of heads of State of the G7, which will be held in Biarritz (south-west) at the end of August, will especially the opportunity to the allies of the United States to discuss with the administration of Donald Trump in the trade war that is threatening global growth and the taxation of the digital.

This will be an opportunity for Bruno, The Mayor reminded his american counterpart Steven Mnuchin that France is committed to cancel the tax as soon as a global agreement on the taxation of the digital will be found within the Organisation for economic Cooperation and development (OECD), which has given itself until 2020 to achieve it.

"We will invite Mr. Mnuchin to accelerate efforts to define the tax of the Twenty-first century rather than a threat of section 301 sanctions, retaliatory, which are not necessarily the best policies between allies," said the French source.

The us survey - opened under the article of the trade act says, "Section 301" - could, according to the conclusions to which it leads, may lead to measures of retaliation the united states.

another sensitive topic will be on the menu of the great prevent of the planet in Chantilly: the project of virtual currency Libra of the american giant Facebook, which raises many concerns on the part of ministers and central bankers.

"We reaffirm our commitment not to let a private company build the means of monetary sovereignty," assured the source from the ministry of Finance. The Mayor had already publicly announced his opposition to Libra.

in Chantilly, ministers will talk about also of the succession of the French Christine Lagarde to head the IMF, after his nomination to the european central Bank (ECB). This position traditionally goes to a european.

" SEE ALSO - 5 things to know about Libra, the cryptomonnaie of Facebook

1 The medical record shared acclaimed 2 In 2020, the government will contain the deficit without... 3 Deutsche Bank : the executives are to make costumes... 4 Canal+ bets on the film industry nigerian 5 Three retreats on four of less than 2000 euros per... 6 Bruno Le Maire : It should be a tax to the global... 7 You have trouble to get away ? 70% of the assets are... 8 The executive is pulling back on lower expenses 9 Georgia alert on a international fraud to the brandy... 10 A new grumbling at Amazon at the time of the mégapromos... 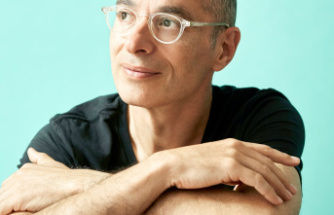