The WTO reduced its forecast of growth of world trade

The world trade Organization (WTO) announced on Tuesday have revised downward its forecast of growth of world trade in goods for this year and next year, primar 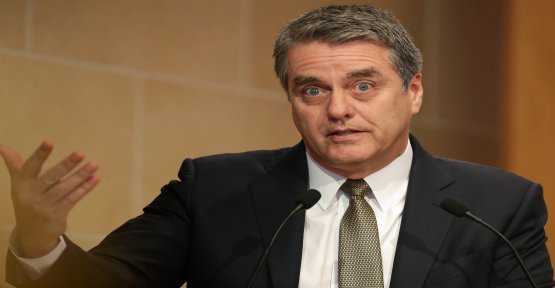 The world trade Organization (WTO) announced on Tuesday have revised downward its forecast of growth of world trade in goods for this year and next year, primarily due to commercial conflicts.

"The trade conflicts represent the most important downside risk to the forecast, but macroeconomic shocks and financial volatility are also potential triggers for a worsening of the slowdown," says in a press release, the Geneva-based organization.

The release announced by the United Kingdom of the european Union also weighs on the global economy, she adds, noting that the impact of a possible Brexit without agreement would be limited essentially to Europe.

1 Suez is preparing a severe course fitness 2 Saga Africa launched the Free brand to compete with... 3 Wind turbines : the book shock that denounces an international... 4 China, the big winner of the duel fratricide between... 5 The Figaro gives you appointment on 9 October for... 6 The SNCF has opened this Thursday, ticket sales for... 7 The less opaque of the participatory budget of Anne... 8 The secret plan of the brands of food to get the right... 9 How does the great debate on pensions ? 10 Axa wants to be closer to the insured