The automotive market in French-a decrease of 8.4% in June

The automotive market, the French decreased 8.4% year over year in June --months, including two working days less than last year-- according to figures from the 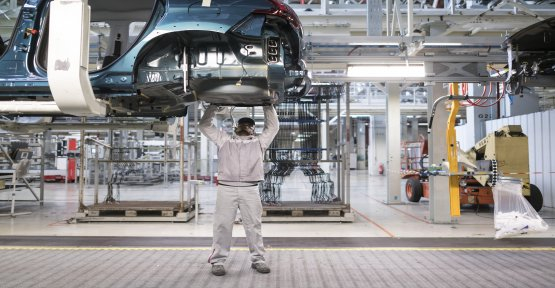 The automotive market, the French decreased 8.4% year over year in June --months, including two working days less than last year-- according to figures from the Committee of French manufacturers of automobiles (CCFA) published Monday.

The French manufacturers have done much less well than the market (-11,3%), PSA (with the brands Peugeot, Citroën, DS, and Opel) dropping to 10.9% in June while the group Renault (With Dacia and Alpine) was down 11.7%, according to the CCFA.

1 Christine Lagarde, the return to the sources of european... 2 Rent in Paris : everything you need to know about... 3 The physicians are organized to ensure the continuity... 4 Theedge-computing, a new era for the computer 5 The u.s. Congress request to Facebook to put his currency... 6 Oasis has launched a contest... and it is in the city... 7 Finish off these duplicates administrative cost 60... 8 The Post-NOC : birth of a great financial hub public... 9 Qwant : investigation on the tribulations of the Google... 10 The questions that you ask on the future law against...

Christine Lagarde, the return to the sources of european...