Bercy attack the pensions of great leaders. On Wednesday, the government tabled in the Council of ministers its draft ordinance is intended to further strengthe 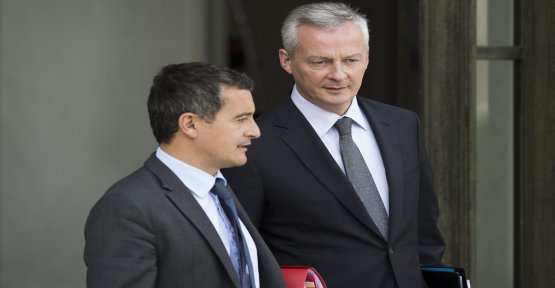 Bercy attack the pensions of great leaders. On Wednesday, the government tabled in the Council of ministers its draft ordinance is intended to further strengthen the supervision of "pension caps", those which have so certain a business leader. This text is planned in the framework of the law Covenant on the growth of companies and will apply from January 2020. The ordinance provides for holding the rights to these additional services, which are used to recruit and retain senior executives of the company, "in a logic of moderation," stressed the executive.

" ALSO READ - The executive will be present for the retreats hats

" acquired rights "will now be capped at 3% of annual salary" and "conditioned to the performance of the company", detailed the spokesman for the government, Sibeth Ndiaye, at the report of the Council of ministers. A ceiling of cumulation will also be set for payments to beneficiaries, which may not exceed 30% of their annual compensation, according to the ministry of Economy.

under a european directive, additional benefits will also be transferable from one employer to another. Rights "will now be individualized and definitively acquired by the employees", emphasizes the executive. This draft framework of "pension caps" had been announced in early April by the minister of the Economy Bruno Le Maire, after a new controversy triggered by the annual budget of 1.3 million euros, affected by the ex-boss of Airbus, Tom Enders. "I did not wait for the departure of Tom Enders for me to catch a glimpse of some of the excesses. That is why we had planned this order," it said, however, Bruno Le Maire at the time of the facts.

so far, the corporate governance code Afep Medef, the two main organisations representing the big bosses, provided for a limit of 45% of salary, but this recommendation did not have the force of law.

" the controversies around the golden parachutes of the big bosses French

" Airbus defends the terms of departure of Tom Enders

1 What is the european central Bank ? 2 The RATP wants to continue to recruit in the 93 3 To remain competitive, Canal+ plans to remove 500... 4 The list of 32 stores Conforama, which will close... 5 Artificial Intelligence : France presents the economic... 6 The health insurance terminable at any time 7 The ranking of the countries which attract the most... 8 Pensions: reform will be presented after the July... 9 Public service reform : the deputies and senators... 10 The digital has broken the codes of the luxury, now...

What is the european central Bank ?