The last hopes soar for the employees of Arjowiggins

This time, it is finished. After several months of waiting and suspension, the employees of Arjowiggins will not ultimately of a favorable outcome to the rescue 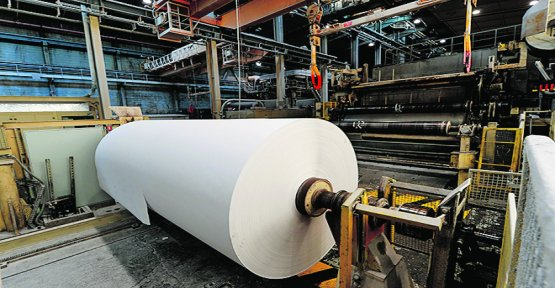 This time, it is finished. After several months of waiting and suspension, the employees of Arjowiggins will not ultimately of a favorable outcome to the rescue of their stationery. In fact, the site's director of Bessé-sur-Braye (600 employees), which had initiated negotiations to resume itself, the company, was eventually forced to reverse two days ago. Two reasons are evoked. A lack of private funding on the one hand. The director had planned to initiate a payment from which he was not able to find the equivalent provided by private investors, in accordance with the european regulation. On the other hand, in the case of revision, the time limits did not allow the plant to deliver its customers fast enough, which the stock flow as early as mid-June for some, one can read in Les Echos .

" ALSO READ - Arjowiggins: 700 dismissal procedures initiated after the decision of the tribunal

"It is a bit knocked out", reacts Laurent Trudel, representing the CGT at the microphone of France Bleu Maine. However, the project did not save all of the players on the site, as needed. It should not restart the plant of Bessé-sur-Braye with a hundred employees for the time being, and then 200 in September ; a total of around 400 redundancies.

in Mid-may, the owner of the website - the group Sequana - was also placed in liquidation. In question, "the inability of the group to present a recovery plan to clear the liabilities which it must take into account", in relation to a dispute with the group competitor BAT Industries. Sequana had been ordered to pay his opponent a dividend of 135 million euros.

For its part, the factory Arjowiggins of Bessé-sur-Braye and its 600 employees had been placed into receivership in the months of January and wound up at the end of march. Among the two other sites that form the entity of Arjowiggins, the Bourray was to be partially taken out (117 jobs over 250) by the company CGMP and that of Château-Thierry, fully taken over (75 employees) by the German Wepa, specialized in the tissue sanitary paper.

" Arjowiggins, a symbol of the difficulties of the pulp and paper industry

" Seine-et-Marne: the employees of a plant in receivership burn the paper secure

1 Deepfake : a video doctored to Nancy Pelosi relayed... 2 Ascoval : Bruno The Mayor tries to reassure the employees... 3 Italy allows the recycling of layers through a new... 4 Employment and mobility: these initiatives deployed... 5 Data Protection one year after: Europe at a turning... 6 The French are big fans of drive 7 GE Belfort : the trade unions will lodge a complaint... 8 The yellow vests have weighed on France's image abroad... 9 Automotive: the last of the large alliances 10 Canal+ acquires the group of pay-tv M7 for a billion...