The number of recipients of the RSA decreased slightly in 2017

The number of recipients of the active solidarity revenue (RSA) has "slightly" decreased in the year 2017, extending the decline that began in 2016, in line w 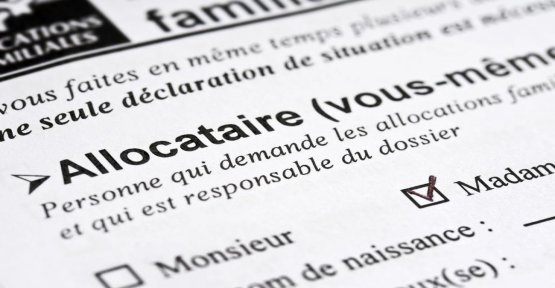 The number of recipients of the active solidarity revenue (RSA) has "slightly" decreased in the year 2017, extending the decline that began in 2016, in line with the decline in unemployment, according to a study by the Drees published on Thursday. A little more than 1.88 million people viewed the RSA by the end of 2017, which is 0.5% less in a year, says the statistical service of the social ministries. The number of beneficiaries, which had increased since the establishment of the RSA in 2008, up to nearly 2 million in 2015, was dropped for the first time in 2016, more than 4%.

" Read also - RSA: a quarter of the recipients is not always accompanied after 6 months

in A reversal of the trend follows that of the unemployment, the number of job seekers without any activity have also declined "slightly" in 2017, " says Drees. By adding the RSA and the other social minima, the number of benefits paid remained stable (+0.1 percent) to 4.22 million, benefiting 7 million people "taking account of spouses and dependent children".

Also concerned with "the improvement of the situation on the labour market", the allowance of specific solidarity (ASS) for unemployed persons at the end of rights displays numbers in sharp decline (-6% to 427.000). The number of poor pensioners receiving the minimum old-age pension (ASV or Aspa) remained unchanged (552.000) as from 2013. On the other hand, the increase in the headcount of the allowance for disabled adults (AAH) has increased (+3% to 1.16 million), assistance to asylum-seekers (+14% to 86.000).

" Read also "Counterparties" in the RSA : Wauquiez wants to take the test in its region

1 The sugar Tereos escapes to a general meeting early 2 How Carlos Ghosn, could destabilize the negotiations,... 3 An employee of the employment are paid unemployment... 4 LCL plans to remove about a hundred agencies by 2021 5 The growth of the world leaded by trade tensions 6 Air Transport: Terminal blocked by the yellow vests 7 Yellow vests: the traders affected will have exemptions 8 Uber: the decision of the tribunal pushed back several... 9 In full strike, customs officers meet Gérald Darmanin 10 The presentation of the draft law energy postponed

The sugar Tereos escapes to a general meeting early