United Kingdom : recession expected in the case of Brexit without agreement

The United Kingdom is expected to enter recession in the event of a Brexit, without agreement, announced the Office for Budget Responsibility (OBR) in its econo 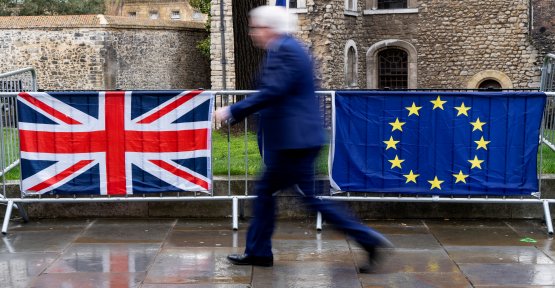 The United Kingdom is expected to enter recession in the event of a Brexit, without agreement, announced the Office for Budget Responsibility (OBR) in its economic forecasts released on Thursday.

" ALSO READ - The finance is preparing to "Brexit" without agreement

"The United Kingdom will enter into recession in the fourth quarter of 2019, for a period of one year. The GDP will fall by 2.1%," says the report by the OBR, the institute for british official in charge of economic and fiscal forecasting. The british pound could fall further 10% immediately after the start of the british EU 31 October, in this scenario, according to the OBR.

The two candidates at 10 Downing Street, Boris Johnson and Jeremy Hunt, have not ruled out the idea of a british exit from the EU without agreement, an event for which the International Monetary Fund (IMF) has prepared two scenarios, a "no-deal" tough " and a "no-deal peel".

The forecasts of the OBR are based on a scenario of "no-deal peel". In this case, a tariff regime, temporary announced by the government should allow 87% of the imported products to be exempt from import duty for one year, before moving to the rates for the "most favoured nation" by the European Union, which are around 4%. The 13% of remaining products would, however, be subject to immediate customs tariffs.

In addition, the arrival of non-tariff barriers to trade with the EU would lead to an increase in the prices of imported commodities, and net immigration to the Uk would decrease by 25,000 persons per year, by the end of the decade, reducing the available workforce.

According to the OBR, the british pound could fall by 10% immediately after the start of the british EU 31 October in this scenario without an agreement. The residential property prices would fall by almost 10% between the beginning of 2019 and the end of 2021.

" ALSO READ - The finance is preparing to "Brexit" without agreement

1 Paris : robbers attack the galeries Lafayette department... 2 The economy tarnished the bullfight 3 Premium conversion : what is the value and who benefits 4 The G7 Finance find a consensus on taxation of the... 5 Brake on the growth of Netflix 6 When the robots will respond to offers of employment... 7 Life insurance tends to become more elitist 8 With The Lion King, Disney continues its winning strategy... 9 How TikTok has conquered the teens of the planet 10 Rums Trois Rivières under the Italian flag