United states : the decline in Fed funds rate does not convince Donald Trump

The decision was highly anticipated. As expected, the Fed announced on Wednesday night, the lower its key interest rates by 25 basis points, which brings them i 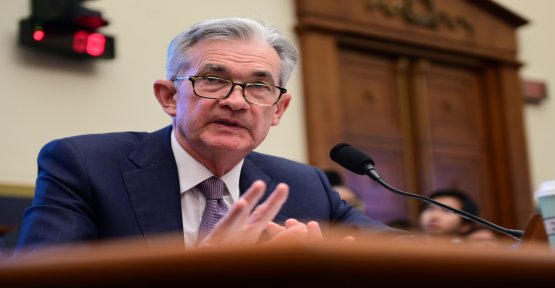 The decision was highly anticipated. As expected, the Fed announced on Wednesday night, the lower its key interest rates by 25 basis points, which brings them into a range of between 2% and 2.25%. This choice of the us central bank is for the first time since the outbreak of the financial crisis in 2008.

" SEE ALSO - Decline of the rate of the american central Bank : what are the consequences ?

It was implicitly announced in June by the boss of the Fed's Jerome Powell. He had been warned that the institution stood ready to adopt a more accommodating policy to support the activity of the first economy of the world.

The Fed is considering a new lower rates

on Wednesday, he hinted that there would be no one to lower interest rates while dismissing the idea of a "long cycle" of cutting rates. Three reasons have been cited by the chairman of the Fed to justify this decision : "reduce the risk" that weighs on activity, "support the application" and "the return of inflation to 2%".

"This is not the beginning of a long series of rate cuts", he said, adding that"it should be done if there was a marked weakness of the economy." The Fed will therefore remain attentive to future publications on the global economy, in order to check whether the low demand for complain about american companies is confirmed. If necessary, the rates could again be lowered.

For the time being, the american economy remains "healthy" and does not show any sign of weakness or fragility in particular, said Jerome Powell. The growth of the United States, which reached 2.1% in the second quarter, is still strong. The unemployment rate (3.7 percent) is at its lowest level for nearly fifty years, and recent indicators such as consumption expenditures or income developments highlight the resilience of the economy.

But the inflation (1.4% in June annual rate) is too sluggish for the taste of the central bank, which targets a goal of 2 %. The easing championed by the Fed is also motivated by the slowdown of the global economy and the uncertainties related to the trade tensions maintained by the United States, particularly with China : "these are external risks" weigh on activity in the United States, he analyzed. As this bleak context increases the probability of a monetary easing among the major partners of the United States. Jerome Powell has also acknowledged that the indebtedness of american companies could represent a risk for the coming years by emphasizing an economic slowdown, if any.

Washington keeps up the pressure

The Fed undergoes also an unrelenting pressure of the White House and his boss is the target of repeated attacks from Donald Trump who is crying out for lower rates. Jerome Powell said on Wednesday that the monetary Committee took its decisions independently of political considerations, implying that the forecast was not designed to meet the requirements of Donald Trump.

" ALSO READ - Trump: "I'd like to see a sharp decline in" of rates by the Fed

For its part, the occupant of the White House has shown little convinced by the Fed's decision. Donald Trump called for a more marked decrease in rate, and has not been successful. "As usual, Powell let us down. [...] We win anyway, but I'm really not helped by the federal Reserve !" he carried away on Twitter. It has, however, welcomed the end of the rate hike, but reiterated that markets were hoping the Fed chairman "the beginning of a long cycle and aggressive rate cut, which would have followed" the trends observable in China and in the european Union.

The statements of Jerome Powell obviously did not convince the markets : on Wednesday, the main indicators of Wall Street have come down, whether it is the Dow Jones (-1,23%), the S&P-500 (-1,09%) and Nasdaq Composite (-1,18%). These falls have resulted in other dégringolades in the world, as in China, where stock markets have opened lower in Hong Kong (0.3%) and Shanghai (-0,4%). In Europe, the places of Paris, London and Frankfurt have all three started the day Thursday in the red.

The Fed's decision has prompted a stir up in its ranks : two members of the Federal Open Market Committee (FOMC), behind the lower interest rates, have voted against this guidance. Esther L. George, and Eric S. Rosengren, who heads the regional offices of the federal Reserve, respectively, to Kansas City, and Boston, were openly opposed to a decline, explaining that it was not necessary in the current economic context.

1 Ex-Whirlpool Amiens : a squeeze-validated, 138 redundancies... 2 What are the common signs of a good bail bonds company? 3 Count on the health benefits of lean ground beef 4 Prices of gas and electricity, bonuses to the conversion...... 5 Old Town Road, the tube of the was born on the application... 6 Your store Of the Noise in the Kitchen will he close... 7 Frédéric Oudéa: Société générale is agile enough... 8 Poland exempts under 26 years of income tax in the... 9 In the United States, the dismantling imperfect AT&T... 10 Brexit : the prospect of a no deal to drop the pound...