Waste sorting : the fast-food chains to sign a contract of commitment

Fifteen fast-food chains pledged on Tuesday to put at the end of 2019, 70% of their restaurants in compliance with their obligations in terms of waste sorting, 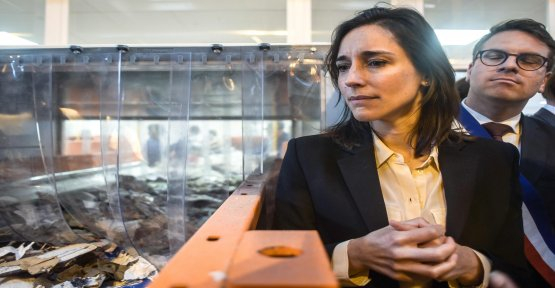 Fifteen fast-food chains pledged on Tuesday to put at the end of 2019, 70% of their restaurants in compliance with their obligations in terms of waste sorting, at the end of a meeting at the ministry of the ecological Transition, and solidarity. This "contract of commitment from fast food to sort their waste", that did sign the secretary of State Brown Poirson, includes a timeline of three years, which had been presented at the end of may.

" ALSO READ - Plastic: a "national pact" between the multinationals and the government

sanctions that could be increased in the event of non-compliance

"The environment, the planet, it does not wait : of all ways it is a very strong demand from consumers," said to the press, at the end of the meeting, Brune Poirson. Gold "for many of these businesses, the reputation is sometimes more important than the punishment", she added. The signs will be accountable to the ministry every six months, of the "deployment progress", with a "detailed information restaurant by restaurant", says the text, transmitted to the press. Some of the restaurants that "may present operational constraints" will get "more time", he said.

Brune Poirson "does not prohibit" to increase the sanctions in case of non-compliance with the obligations of the sector in terms of sorting, in the framework of the draft law on the Economy circular, which will be presented at the council of ministers in the summer, she said.

" ALSO READ - These companies considered responsible for the pollution plastic

The fast-food is required to carry out a sorting of the five streams (paper, cardboard, glass, plastic and metals) mandatory from July 2016, and to source separation of bio-waste in the kitchen and in the dining room, to the restaurants generating more than 10 tonnes of organic waste per year, that would extend to all restaurants by 2024. A survey conducted at the end of 2018 by the ministry showed that none of the 50 sites inspected not recycled waste, on a fast food sector, which generates around 180,000 tonnes of packaging, and 60,000 tonnes of food waste per year.

The French preferred to save their earnings in purchasing...