A 15-year-old girl from Lévis tragically lost her life in an ATV accident in northern Portneuf on Tuesday afternoon.

A 15-year-old girl from Lévis tragically lost her life in an ATV accident in northern Portneuf on Tuesday afternoon.

The emergency services were informed around 3 p.m. of the event, which occurred on the territory of the Rivière-Blanche controlled zone (ZEC) near Rivière-à-Pierre.

According to the Sûreté du Québec (SQ), two young girls were traveling on the same all-terrain vehicle when they left the road and swerved in a curve, on the main road in the Lac La Salle sector.

The 15-year-old driver was seriously injured. Resuscitation maneuvers were attempted throughout his transport to the hospital.

His death was unfortunately confirmed in the evening by the police authorities.

According to the police, she was wearing a helmet.

The 16-year-old passenger, who was riding in the same vehicle, suffered relatively minor injuries, according to the SQ.

At least one adult was accompanying the teenage girls on another ATV and was able to intervene quickly.

An investigator trained in collision scenes went on site to clarify the circumstances of the tragedy and an expertise will be carried out on the mountain bike involved.

1 Pink martini: a tasty jazz cocktail 2 In Highland Park, a makeshift memorial to mourn the... 3 US senators call for investigation into TikTok and... 4 Race against time to live 5 A project fully inflated thanks to nearly $74M in... 6 An investment that goes beyond money 7 Litigation for a dream territory 8 MLB: Kiermaier stuns Red Sox 9 Big reunion with the stars tonight 10 Festival d'été de Québec: a short festival-goer's... 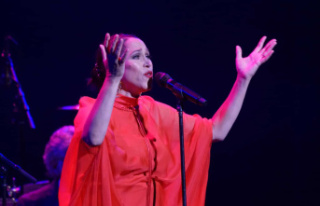