A beautiful role "fallen from the sky"

Quebecer Yanic Truesdale had only one question when Melissa McCarthy offered him a role in the comedy God's Favorite Idiot, filmed in Australia: "I'm leaving when? ». 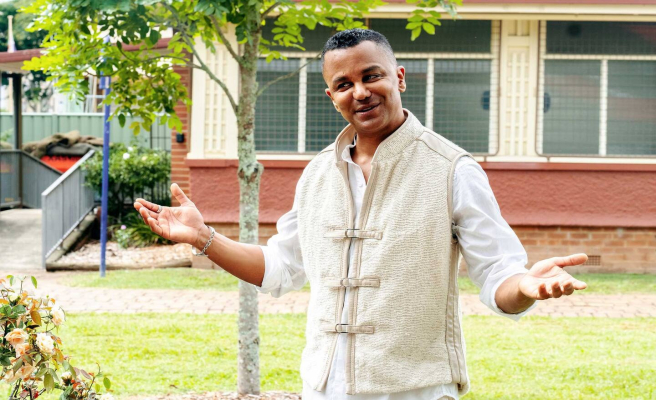 Quebecer Yanic Truesdale had only one question when Melissa McCarthy offered him a role in the comedy God's Favorite Idiot, filmed in Australia: "I'm leaving when? »

December 2020. The holidays promise to be gloomy, as the second wave of the COVID-19 pandemic forced the government to ban all gatherings. Yanic Truesdale is, of course, alone at home. Then his phone rings.

Her friend Melissa McCarthy and her partner Ben Falcone offered her — through a video shot under the Australian sun — a role in their new project, God's Favorite Idiot.

"I was in lockdown in Montreal, there was snow... And I was offered to go and spend six months in Australia. I did not hesitate for a second! It's a role that literally fell from the sky, "says the actor, in an interview with Le Journal last month.

Indeed, because in God's Favorite Idiot, it is by falling from the skies that his character, Chamuel, makes his very first appearance on screen. Why ? Because the series follows a most ordinary man (Ben Falcone) selected by God himself to accomplish an unusual task: to thwart the plans of Satan (Leslie Bibb), determined to trigger the apocalypse.

This "idiot" can count on the help of two people: his wife, Amily (Melissa McCarthy), and the angel Chamuel.

This new project, available from Wednesday on Netflix, brings together Yanic Truesdale and Melissa McCarthy 15 years after the end of the Gilmore Girls phenomenon. The two actors became friends there, but only for a few lines in Gilmore Girls: A Day in the Life, an epilogue that came to complete the last intrigues in 2016.

"It's always a pleasure to find Melissa on set. Even if we see and talk to each other often in life, it is very different. We got to know each other while working together; there is an ease and a bond that immediately sets in when we have scenes together, regardless of the roles we play,” explains the comedian.

"In Gilmore Girls, I was doing a distant, cold, sarcastic, and snappy character. This time it's just the opposite; Chamuel is a kind-hearted, super-emotional guy who wants everyone to be happy,” he continues.

Currently filming in the city for the third season of Les Mecs, Yanic Truesdale will then spend the fall in the Toronto area on the set of the next two films in the Fallen Angels Murder Club saga. He will find his character of Gene Donovan there, alongside singer Toni Braxton.

The Quebecer admits to having been impressed by his first meeting with the one who dominated the charts in the 1990s with You're Making Me High and Un-Break My Heart.

“I love his voice, I bought all his albums. But she is a singer; I had no idea what to expect from her as an actress. From the outset, she is excessively warm and generous. We became very close, very quickly,” says Yanic Truesdale.

All eight episodes of God's Favorite Idiot will be available on Netflix starting Wednesday.

1 Oliver Stone will spend a week in Quebec 2 Pamela Ware is still struggling to turn the page 3 Francos: a big party signed Émile Bilodeau 4 An armed and dangerous Gatineau resident wanted by... 5 Canadian women covered in gold at World Under-18 Championship 6 Pope's visit: many Americans will be in Sainte-Anne-de-Beaupré 7 Why is it expensive, "tapping" his motorcycle? 8 Anatomy of the construction site-labyrinth 9 Research: imitating fish to heal the heart 10 Office workers come to the rescue during the Formula... 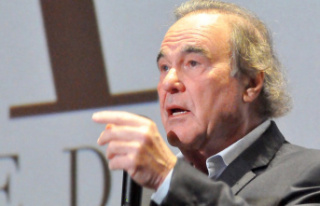 Oliver Stone will spend a week in Quebec